every vitamin I take during pregnancy and why

A few weeks ago I was refilling my weekly pill organizers and I thought to myself, I wonder if other people would find this interesting? So I quickly documented which vitamins I take on a daily basis along with why I chose each one and shared it on Instagram stories. I got a ton of questions in response – which was amazing! I get so excited when I can really connect with you guys about a topic and I know this one in particular can seem pretty daunting. I’ll preface what I’m about to say like some of my previous health and wellness posts – I am not a doctor {but I am really good at googling things} so please take what I say with a grain of salt. I will tell you that all of the vitamins I take during pregnancy are approved by my midwife and readily available on Amazon, so I’m not going too far off the grid here. It’s pretty standard stuff and hopefully it’s helpful to you. As always I’d love for you to ask questions in the comments below!

If you’ve ever thought about starting to try to have a baby you’ve probably heard or read that you should start taking a prenatal vitamin a few months before you conceive. This way when the time comes and your body is expected to support a pregnancy it will be ready with everything your baby needs to have the healthiest start possible. When Ken and I started trying to conceive for the first time I grabbed whatever bottle of prenatal’s were on sale at CVS and promptly started popping them. A few weeks later when I took a pregnancy test and it was positive I was shocked. Surely it couldn’t be that easy, right? Well unfortunately for us, I was right. While I technically did get pregnant on our first try I went on to miscarry that baby a few weeks later. Obviously we were devastated. To be honest I don’t think either of us has ever been that upset. It was a really difficult time but after reading up on how common miscarriage is we were ready to try again. So we did. We tried again that next month after my miscarriage bleeding stopped. And we got pregnant. Again! Except a few days later I started bleeding and just knew that this wasn’t going to be our take home baby. Most doctors recommend waiting until you’ve had three miscarriages before you pursue any testing to see if there’s an underlying cause. However I am super impatient and that seemed absurd to me. I couldn’t bare the thought of losing another baby so I marched into my OBGYN’s office and demanded testing. To be honest I’m not even sure what blood work they ordered but when the results came back there was actually something considered to be abnormal. It turns out, I have a condition called MTHFR {if you’re really into this stuff I’m homozygous for the C677T mutation} which is a clotting disorder. At a very high level, it’s suspected that when someone with this condition conceives if they’re not on the proper supplements their blood clots and cannot get to the baby fast enough, often causing miscarriage. Additionally, my body doesn’t process folic acid {which is the synthetic form of folate} like it’s intended to. So those prenatal’s that were on sale at CVS were actually not the best choice for me. The good news is, this condition is highly treatable in most patients and with only a few small tweaks that are very easy to incorporate into your daily routine. The reason why I mention it here at all is because this mutation is actually quite common so if you’ve had trouble successfully trying to conceive it might be a good first place for you to look into.

Here is a list of the vitamins I took while trying to conceive:

When we did conceive I didn’t change much to my vitamin regimen, just a few simple tweaks. 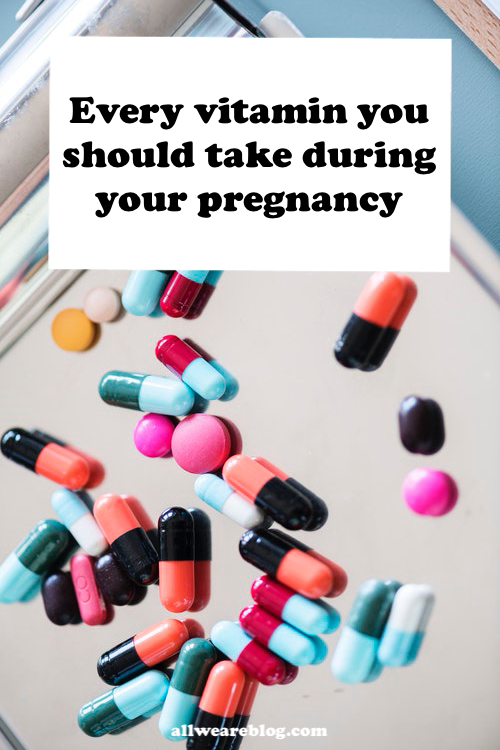