how we potty trained annabelle

it’s possible that i’m writing this post a bit prematurely but potty training is a process and we’re just starting out, so i promise to keep you updated on our journey as we progress. today’s post is a recap of the method that we used to potty train annabelle as well as the results we’ve experienced over the last week. and let me say, whatever stage you’re at, you’re doing a great job!

we decided to use the popular three day method as our potty training strategy, you can read more about it here. i have a few co-workers that raved about it and i believe someone even told me that she did not know anyone who’s child hasn’t been potty trained at the end of the three days. here are the basic steps:

the process takes three days {duh}. for us day one was the most intense and i’m assuming that’s pretty common. 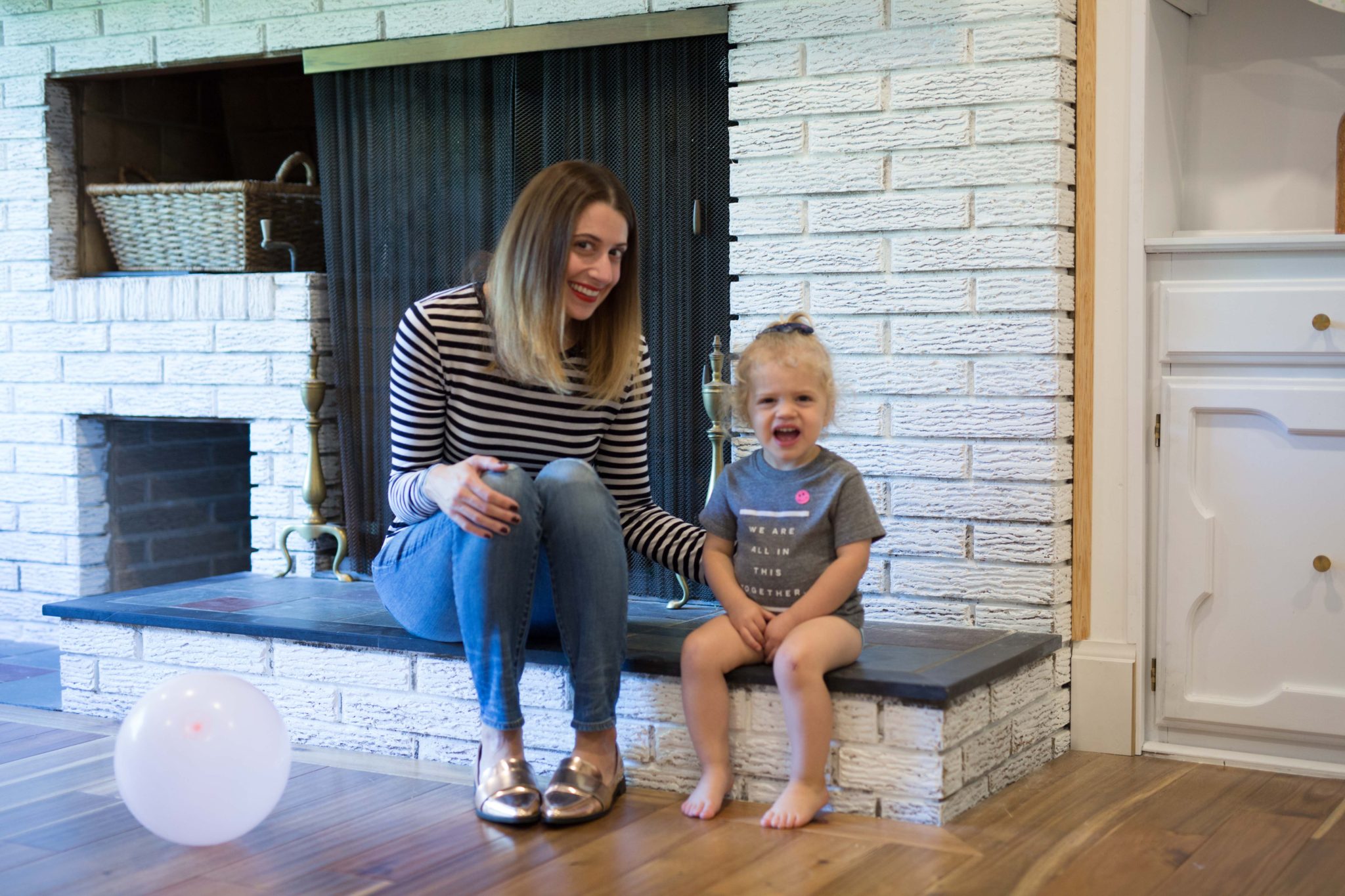 to prepare, you’ll need a few supplies {we got all of ours at target, of course}. 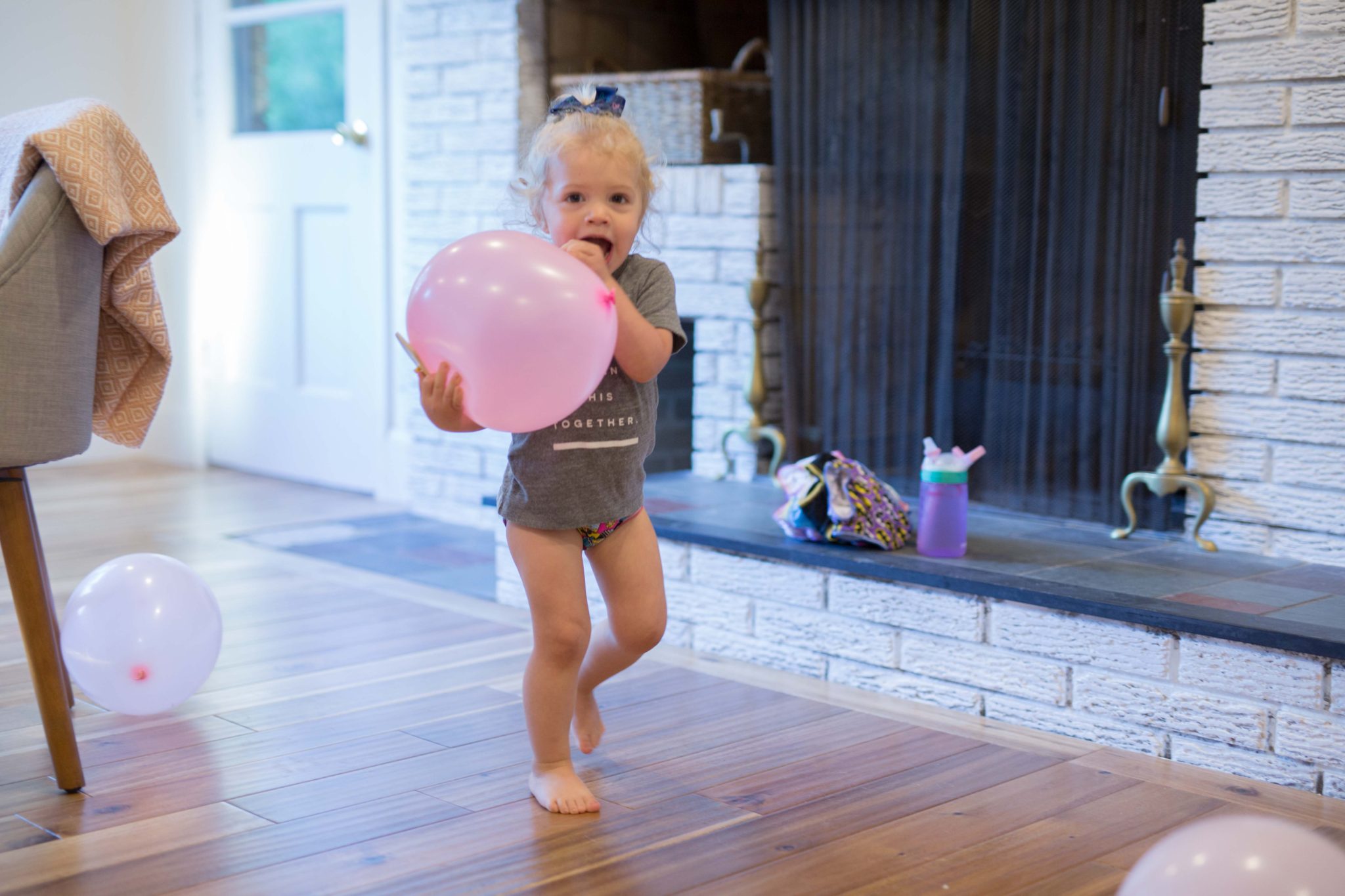 day one starts by throwing a ‘potty party!’ when we woke up that morning we told annabelle all about how she was a big girl, showed her the new underwear and and told her how it was time to throw out her diapers. after breakfast we made a big show of throwing away the diapers and celebrating how excited we were for her to start using the potty. we let her choose her first pair of underwear and then put them on with just a shirt. it’s important that your child feels the uncomfortable wetness when they inevitably have an accident in their underwear and it’s equally important that you can easily see if they’re having an accident. we showed her the potty chair in the bathroom and told her to tell us if she felt the pee pee coming. this is a really important step and ken had to constantly remind me. you are supposed to phrase it as, ‘tell mommy or daddy when you feel the pee pee coming’ or ‘tell us if you have to go to the bathroom.’ you should avoid saying ‘do you have to go potty?’ by saying it this way you are encouraging your child to think about how it feels when they have to go, as opposed to just reminding them every few minutes. it’s way harder than it seems, but i totally get why it works. oh also to note, we rolled up the rug in our main family room and didn’t let annabelle sit on the couch or upholstered chairs. that’s probably common sense but definitely could have been disastrous if we forgot. 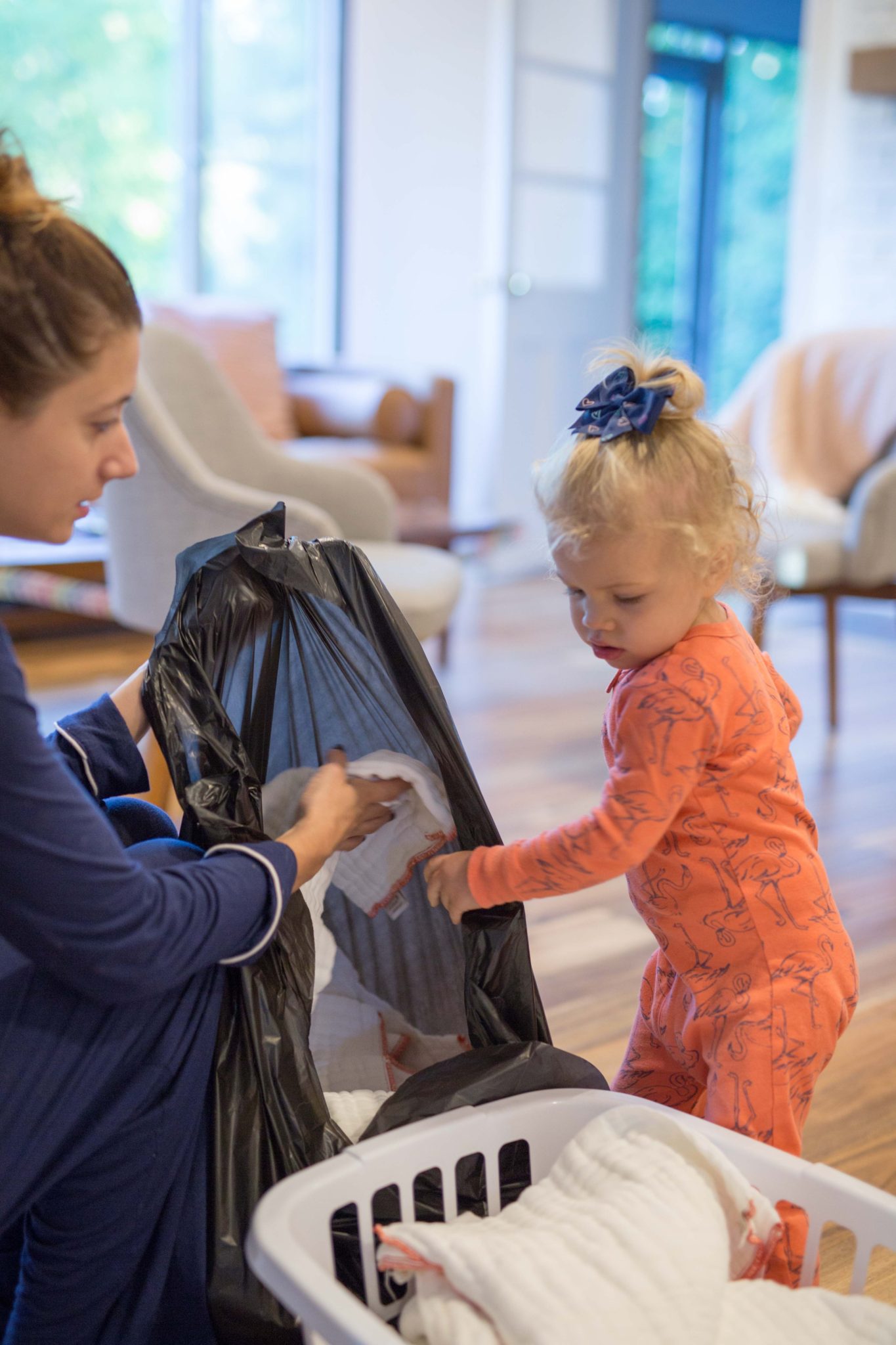 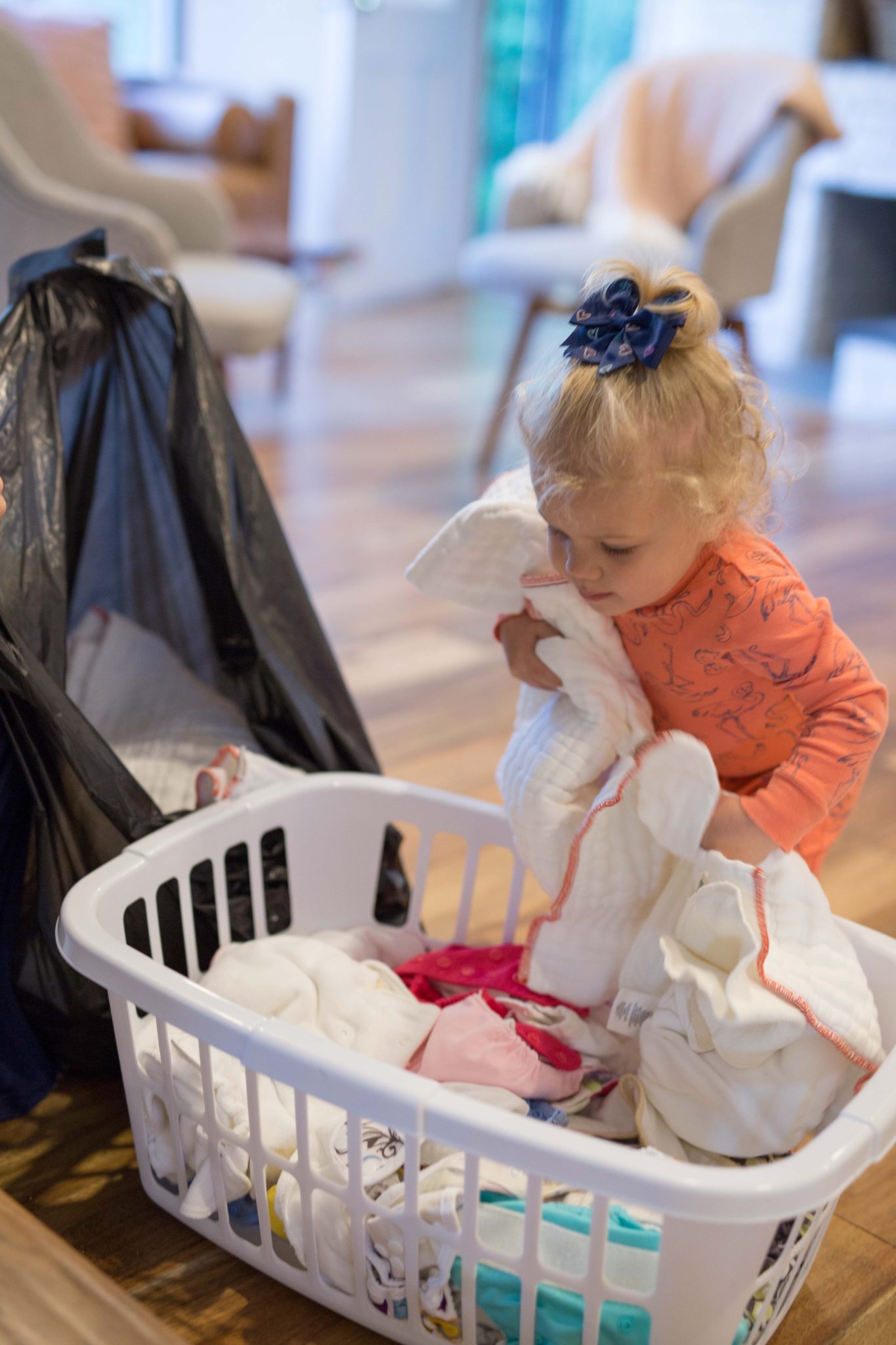 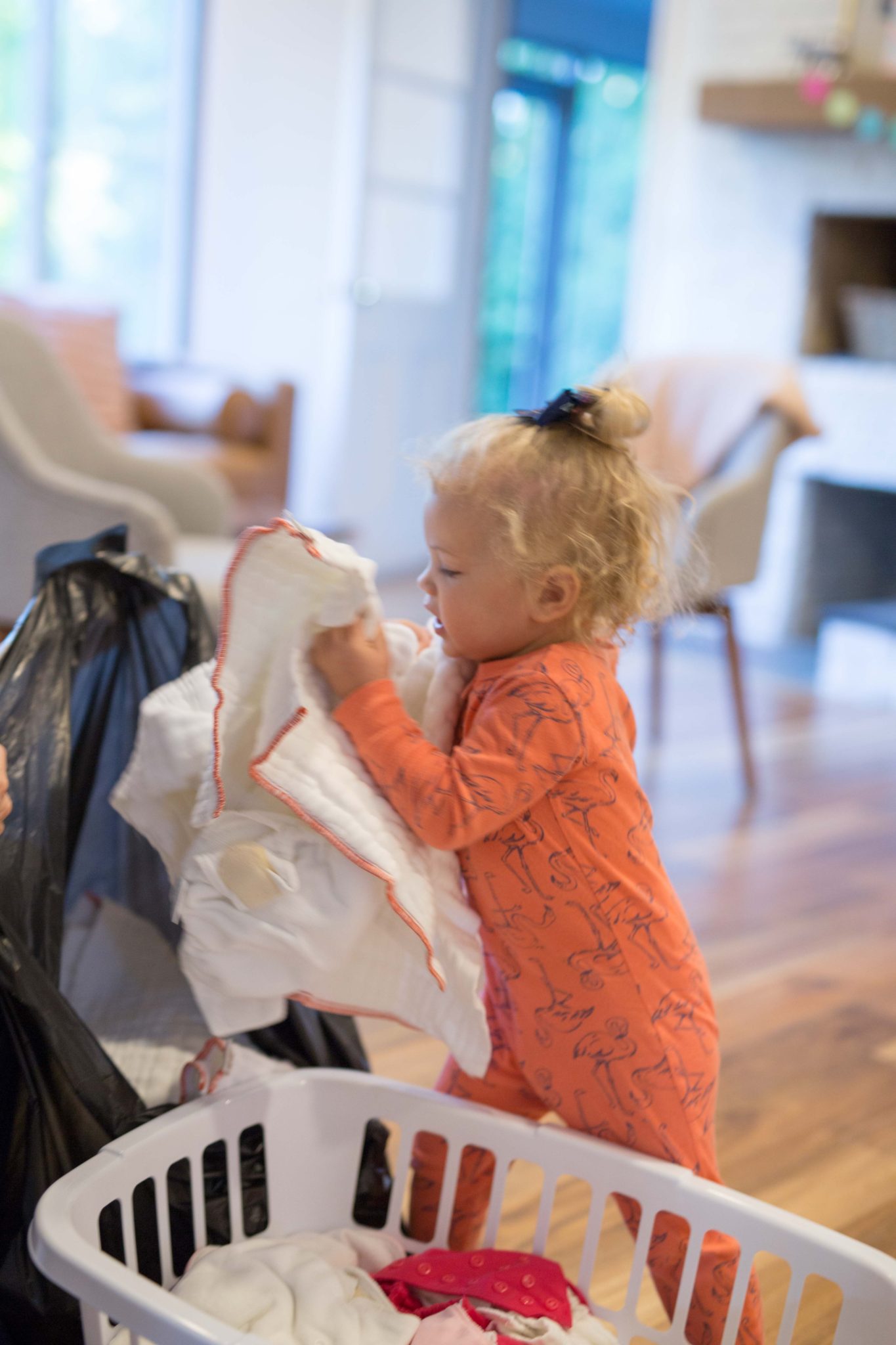 so i haven’t mentioned this yet but ken actually tackled day one on his own. because we were doing this over labor day weekend, and we wanted to try and salvage some of the weekend and not be trapped inside, he did the very noble thing and started a day early. let me tell you, it was a day! annabelle was somewhat unphased by the accidents that obviously occured throughout the day. she went through probably about 10 pairs of underwear and had accidents in almost every room and on ken himself. that guy, he’s such a trooper. she did start to catch on though. every time she went pee pee on the potty she got a sticker and one or two m&m’s. she loved her treats and really started to get the process down as the day went on. eating snacks, drinking juice, walking around in your underwear and getting treats? what’s not to like! towards the end of the day she was having more success than failure and the day ended by going poop in the potty which was a huge celebration. at that point ken gave her a bigger surprise, a dinosaur from the target dollar spot! she talked about that dinosaur surprise for days.

day two and three were much of the same but with way more success. on day two we took a little walk around our neighborhood. about halfway through the walk annabelle announced that she had to go potty so i picked her up and ran walked all the way home – and she made it! that’s when i realized that it was clicking. this was working! 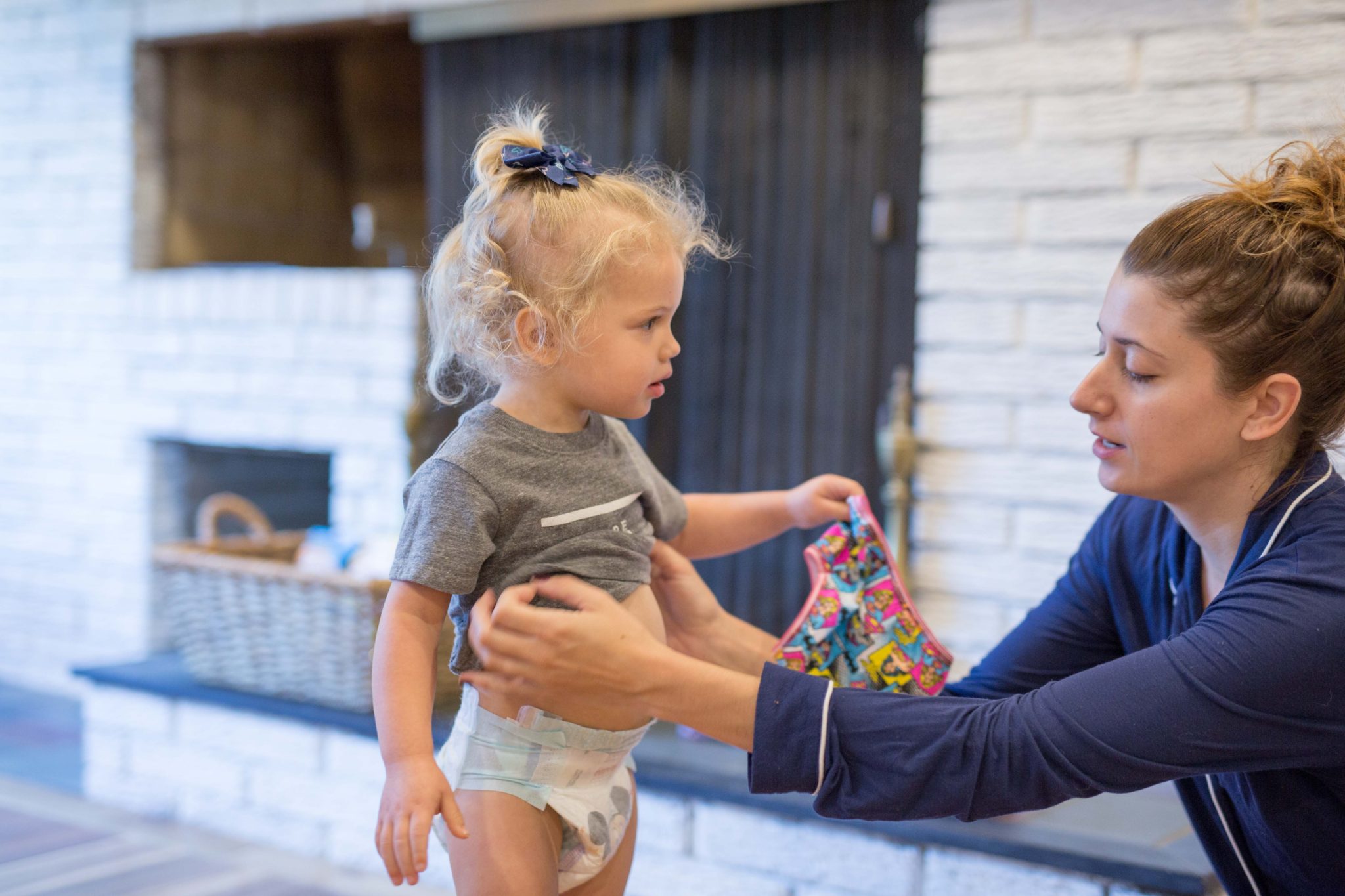 on day three we ventured to the grocery store and had another successful outing. we continued to remind her to tell us when she had to go to the bathroom. at first we were saying it every 5-10 minutes or so and over the first few days we continued to say it a lot, probably every 20-30 minutes.

that night we went out to get ice cream and brought her potty chair in the car with us. she ended up using it while we were eating our ice cream in the back of ken’s car. she’s a champ! 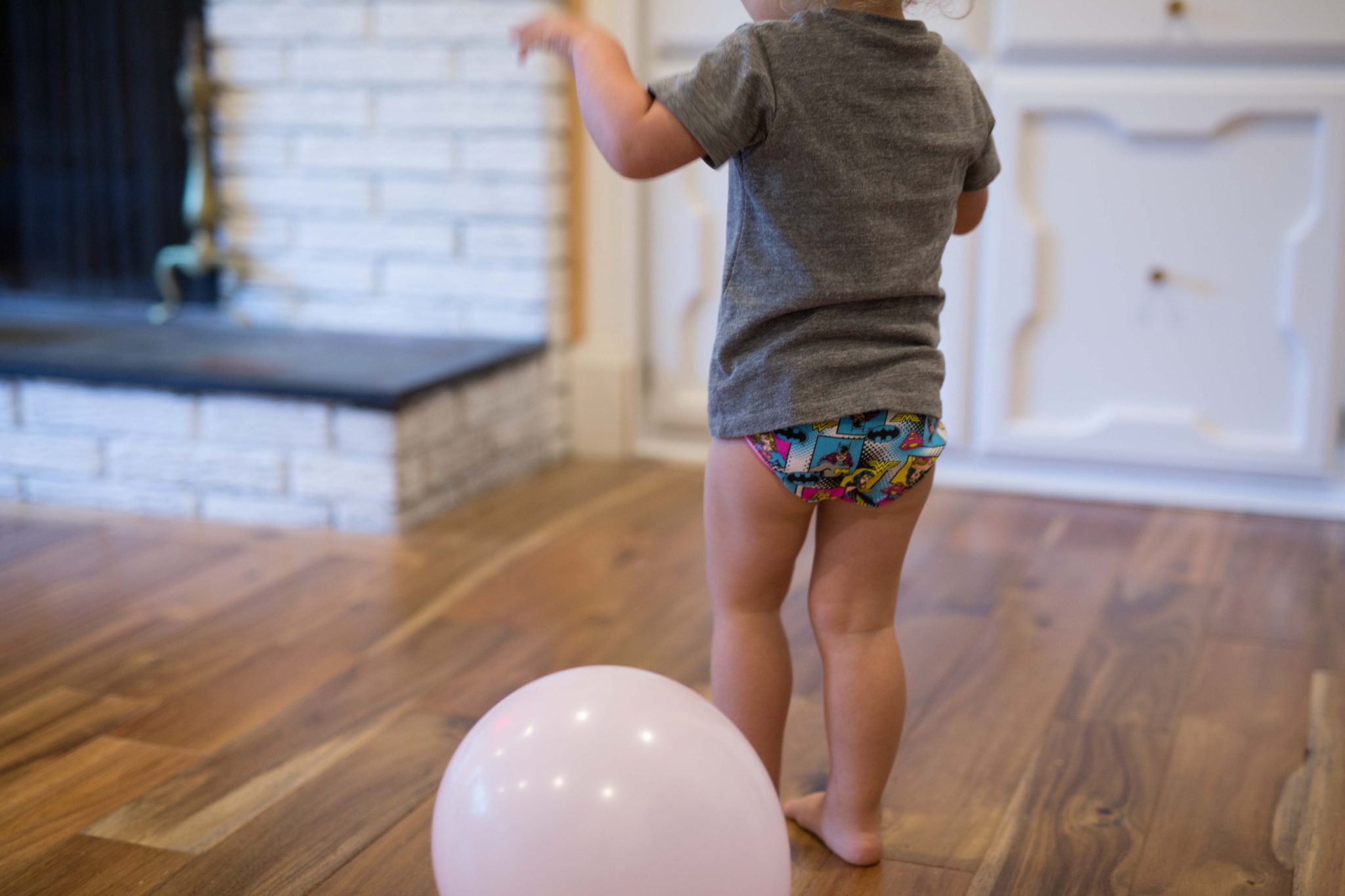 on day four we ventured to a local fair and brought her potty chair and her potty seat. she had to go potty a few times so we just popped into a restaurant, explained the situation to one of the nice hostesses, and they let us use their bathroom without question. thank you nice people! 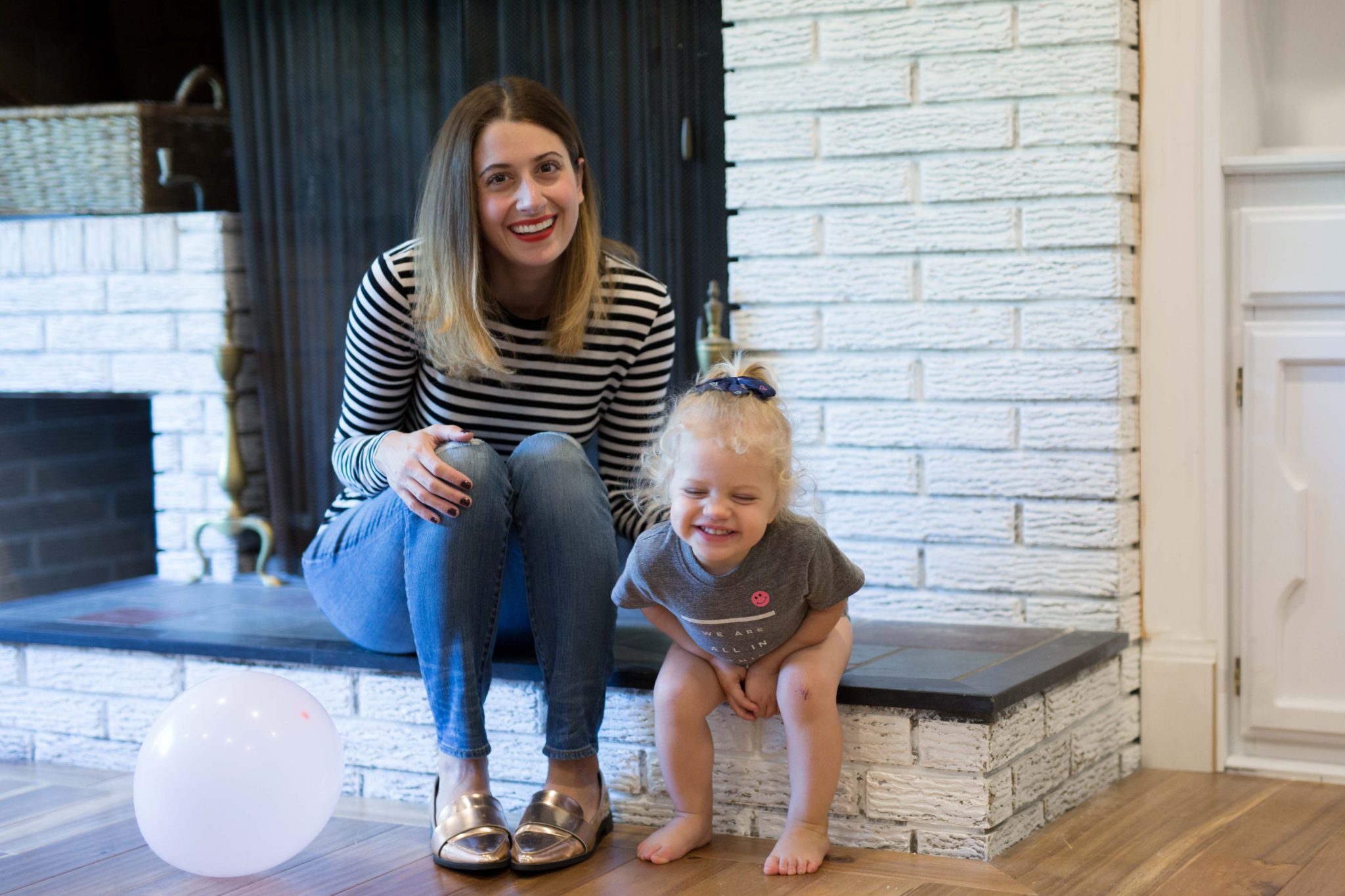 i’m also excited to report that she went back to school today {day 6} and didn’t have any accidents! we’re still using pull-ups for naps and nighttime and will probably continue to until she’s out of her crib. i’m not sure how long that will be but for now this strategy is working for us.

again, it’s really early but we’re feeling great about where we’re at! i’ll share updates along the way since i know this is a milestone that a lot of people struggle with.

one last thing that i’d like to mention is that a lot of people have commented that annabelle is really young to be potty trained. i’m not sure what the average age is, as she’s our first child and we definitely were not wanting to rush things. for a few weeks prior to us starting the potty training annabelle would tell us when she was going to the bathroom in her diaper. she also started to ask us to change her almost immediately after going since she could feel the wetness and was uncomfortable. for the most part we used cloth diapers and you can definitely feel the wetness more in cloth than in a disposable. it’s funny because she also started to ask us for her mickey diapers {disposables} when we would change her and tell us that she didn’t want cloth. so for us it was obvious that she was ready and since the three day method got so many rave reviews we were all-in on using it. with this method they do say 22 months is an ideal age to potty train, so we were right on the mark there.

what do you think mama’s? anything you would have done differently? anything that i’ve missed that’s worked for you? we are all in this together!

oh ps! annabelle’s adorable shirt is from one of our favorite new stores, mo green clothing co. it’s seriously so soft and i love all of the sayings!

Tips for Traveling While Pumping 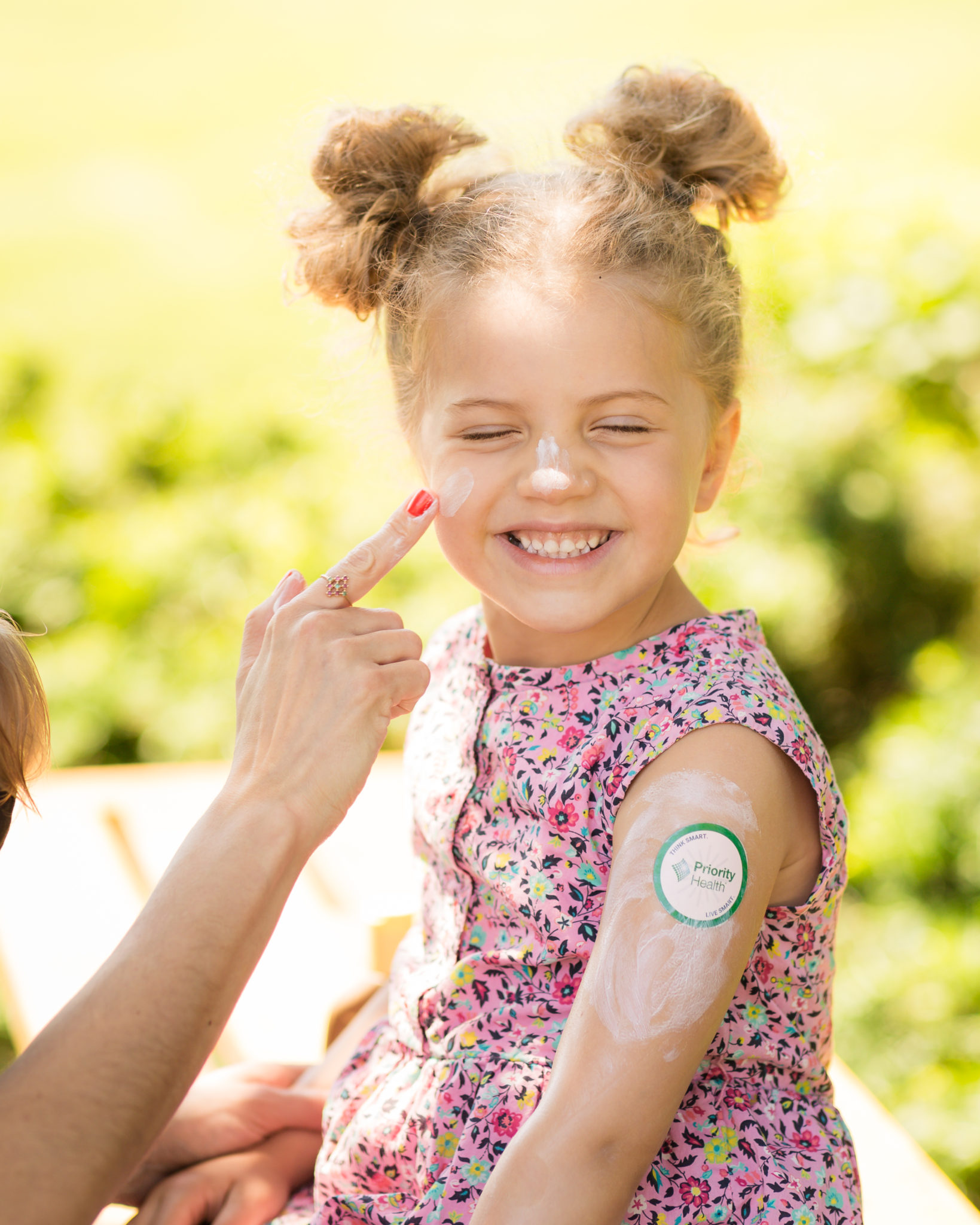