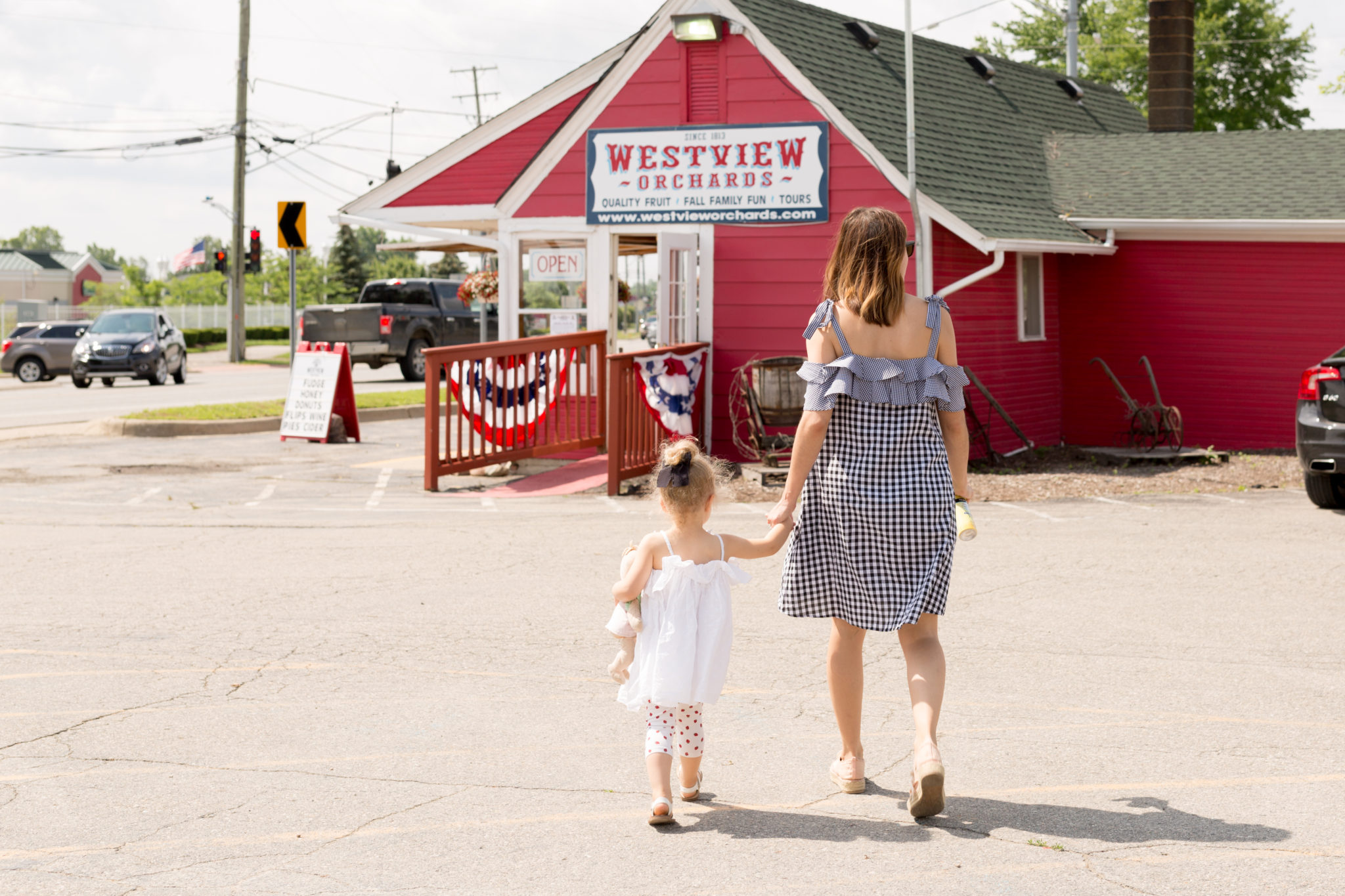 Annabelle’s school was closed for a few days at the beginning of the month so I wanted to spend our extra time together like a little stay-cation. The first day of vacation we spent doing a lot of things around the house, cleaning and a few small projects. So the second day we were ready to get out and do something we had not done before. I had recently seen a friend on social media take her kids strawberry picking at Westview Orchards and I thought it looked like so much fun. By the time we went strawbery picking season had ended but the cherry trees were in full bloom and ready to be harvested. Raspberries were also available to be picked but the staff recommended we avoid the raspberry bushes because they can be picky for little hands. Plus I knew Annabelle would get a kick out of climbing a ladder. 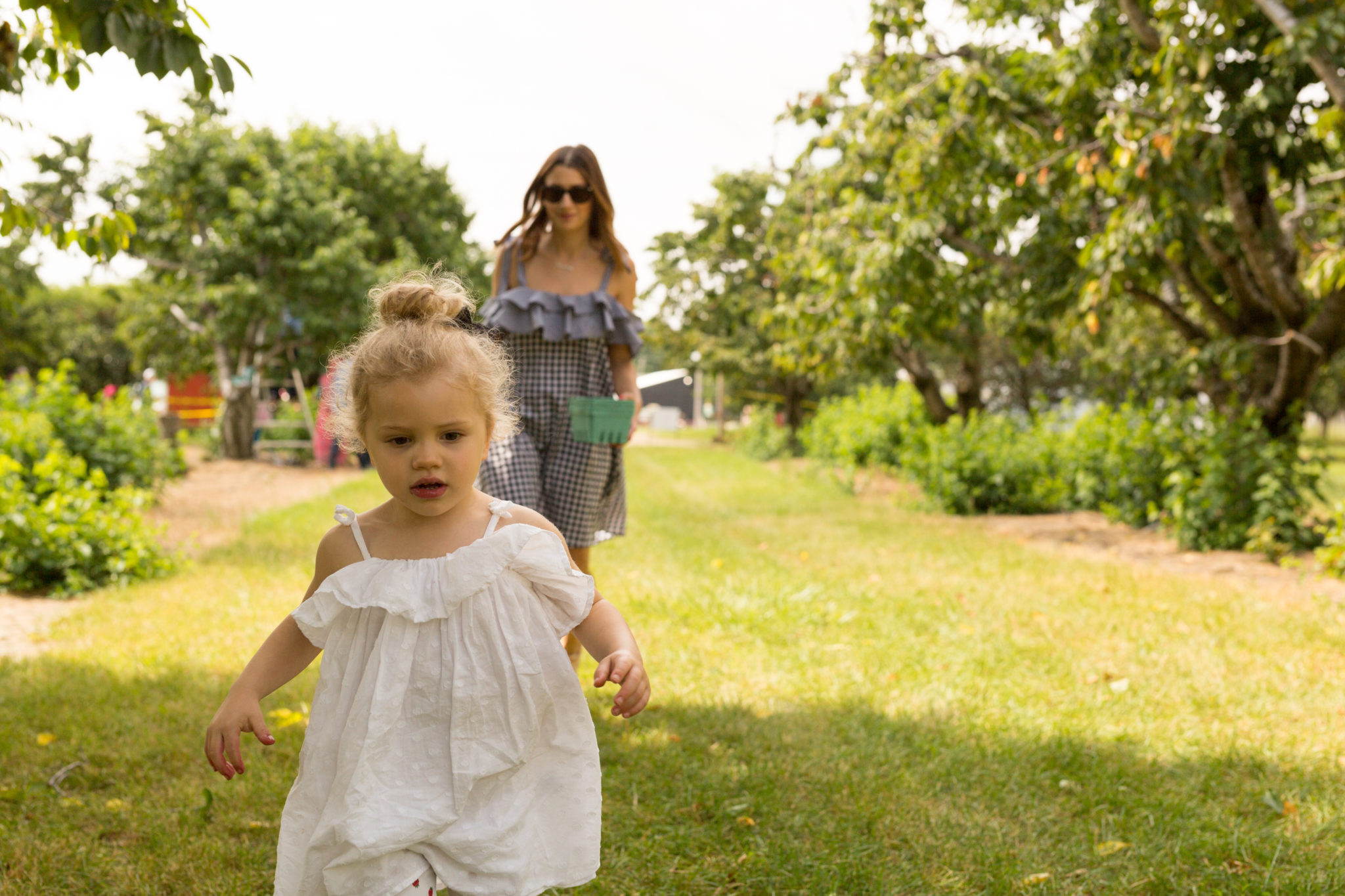 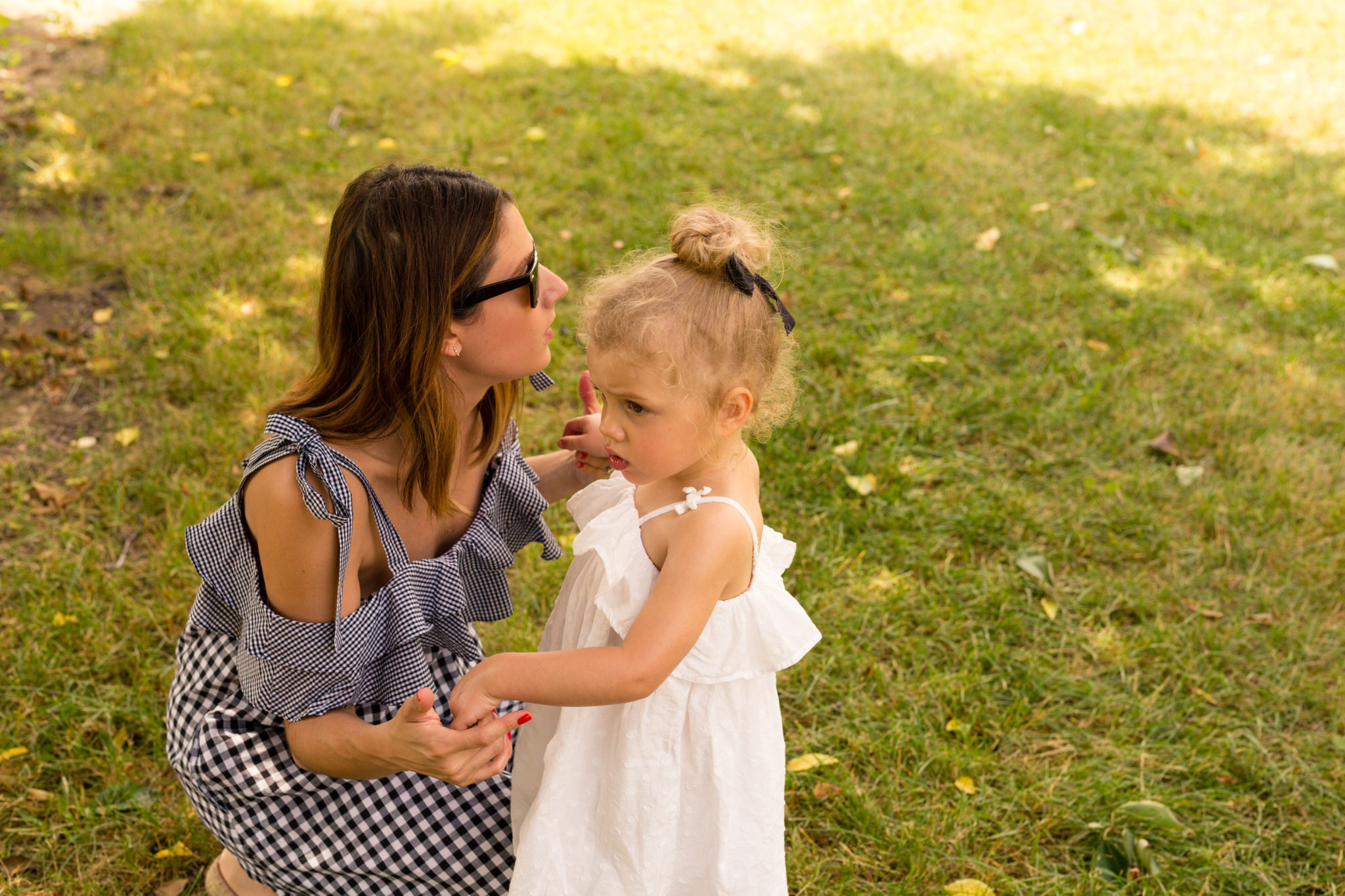 We discussed out cherry picking strategy and how we couldn’t eat them without mama taking the pits out first. 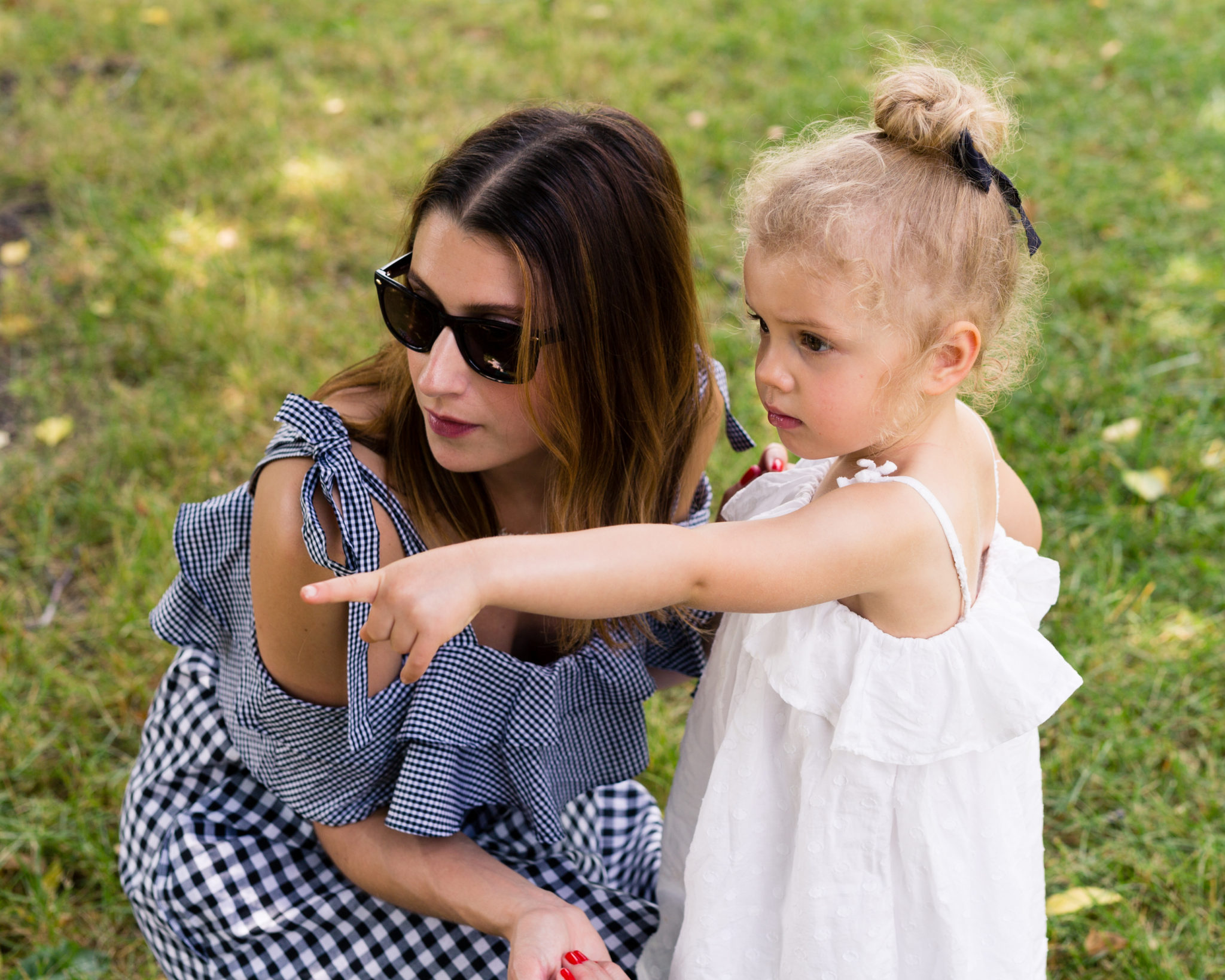 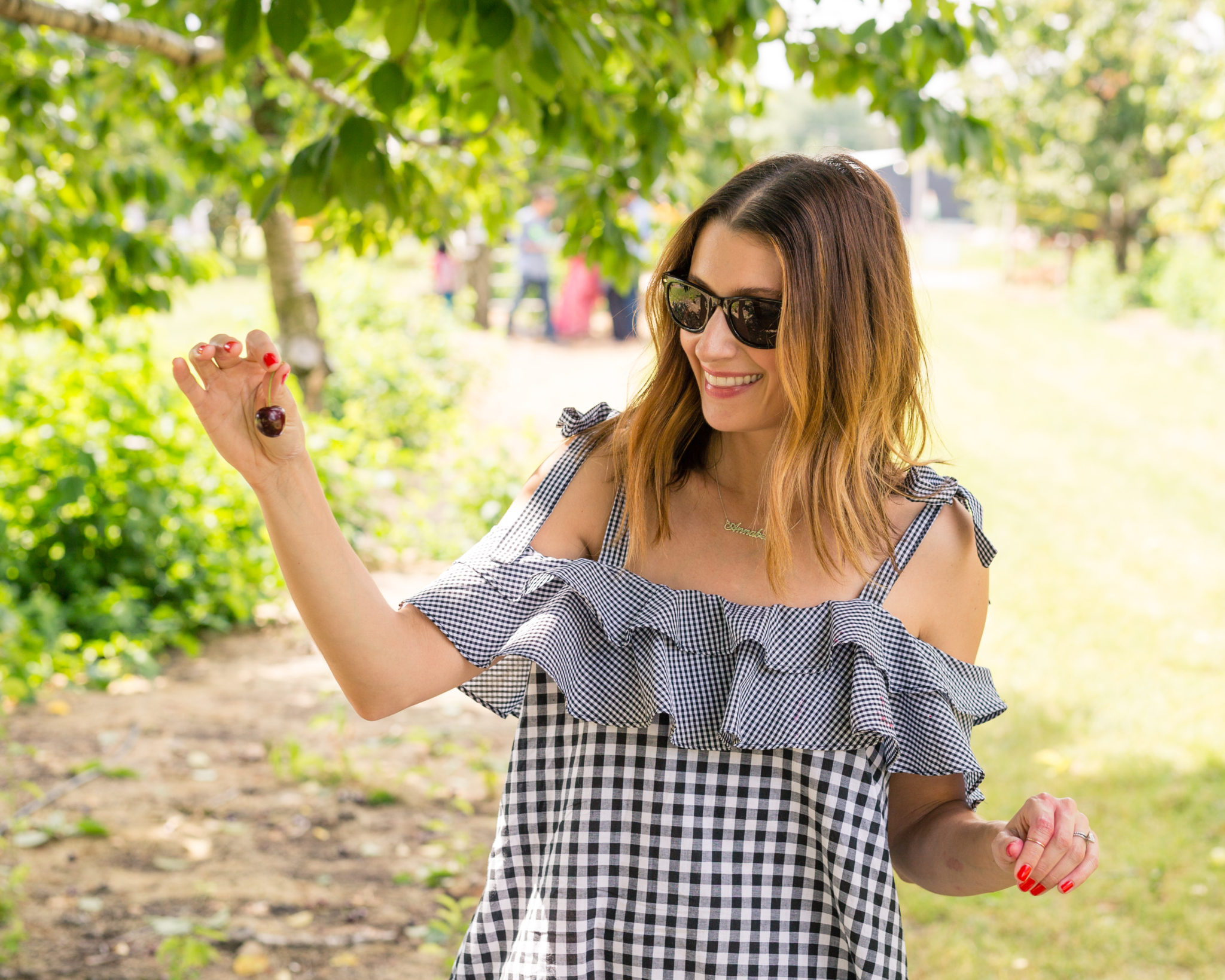 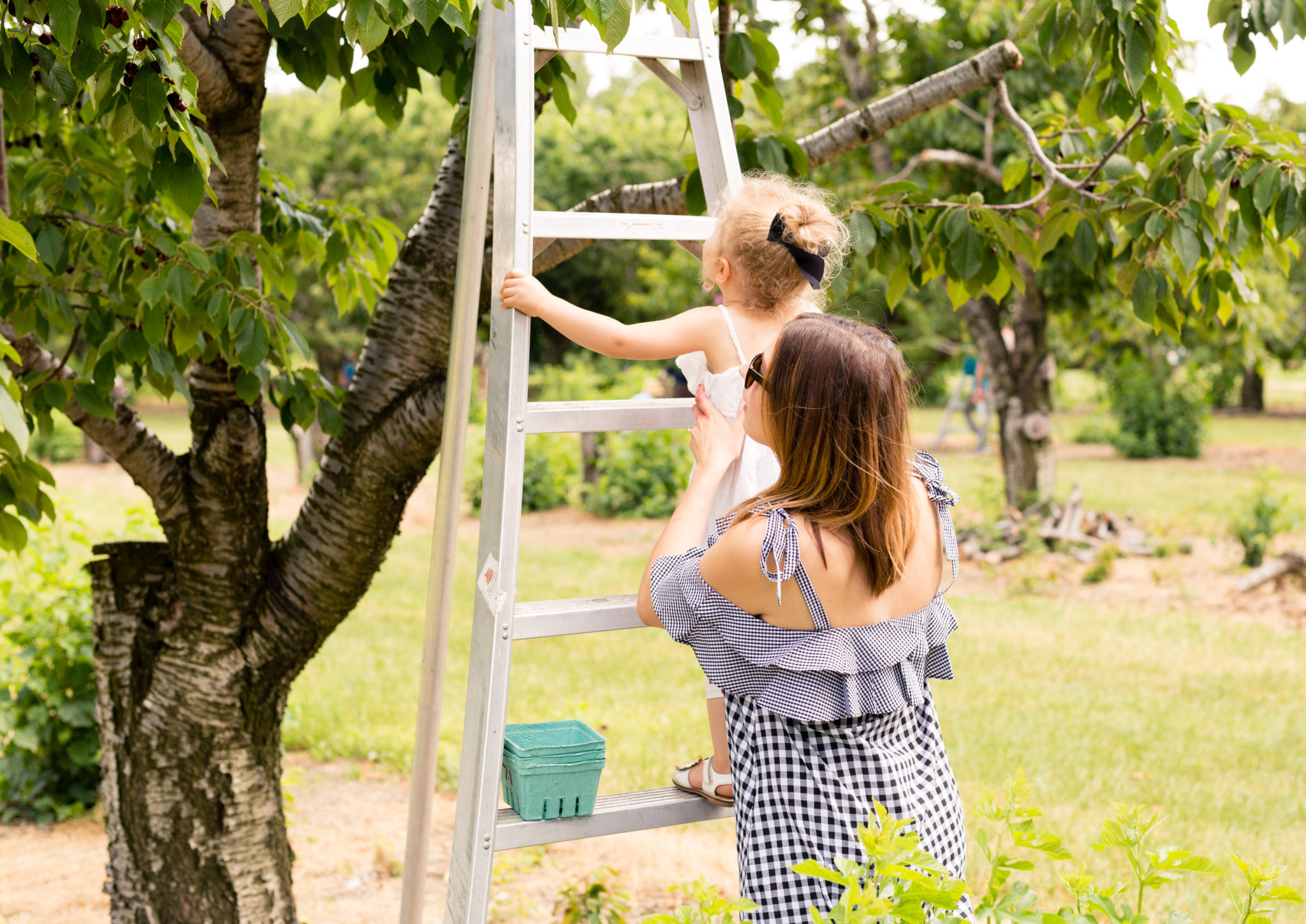 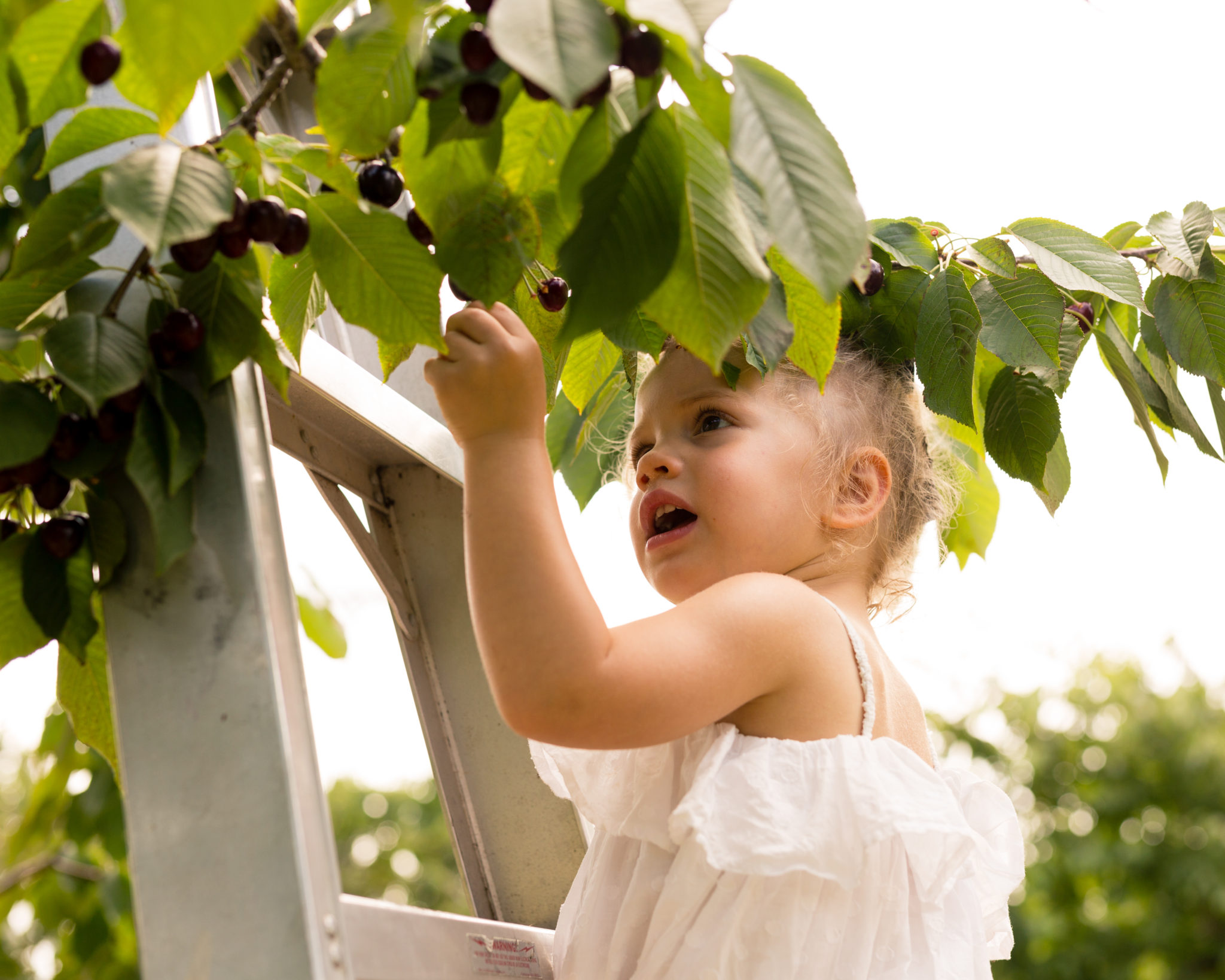 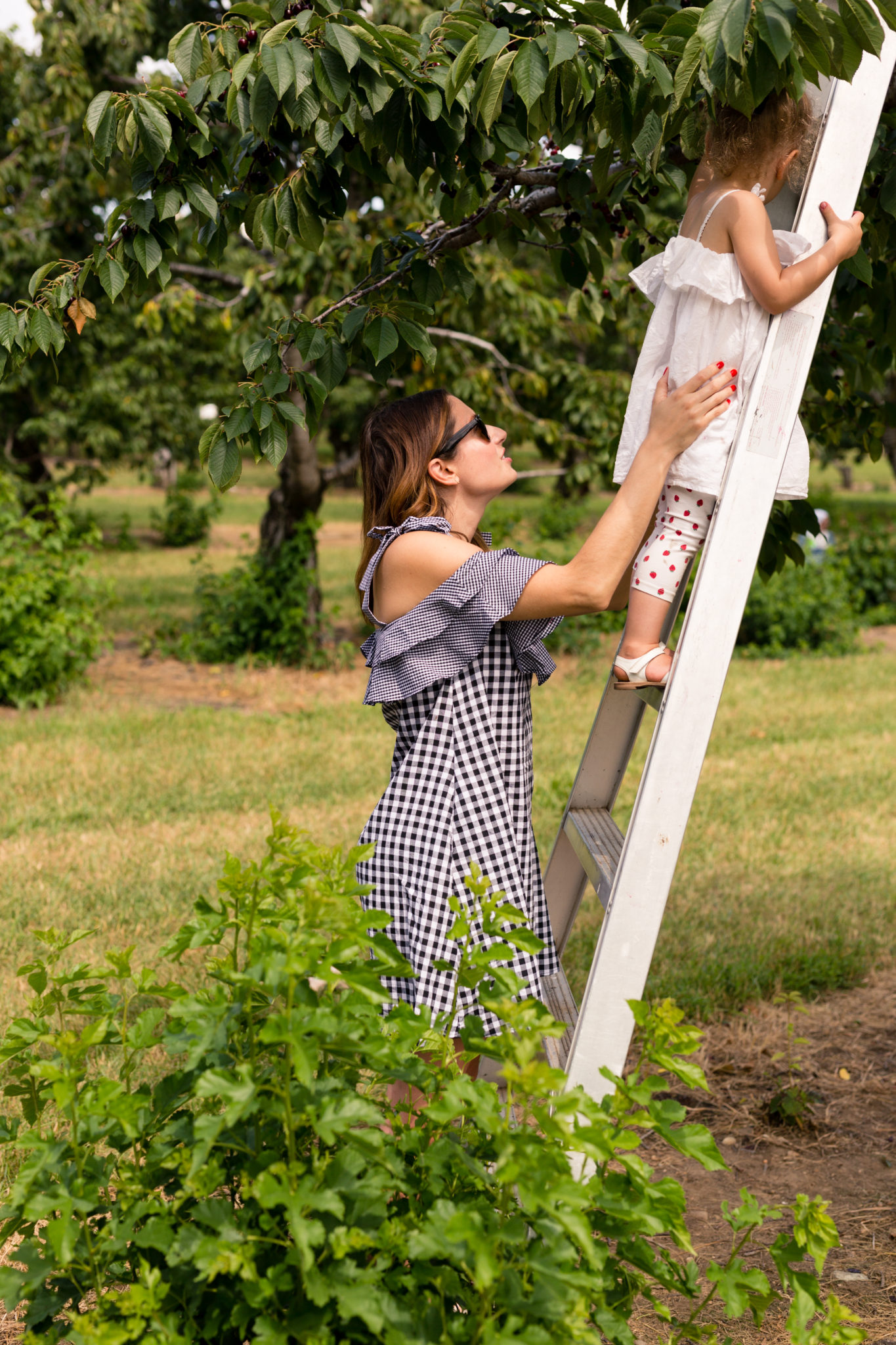 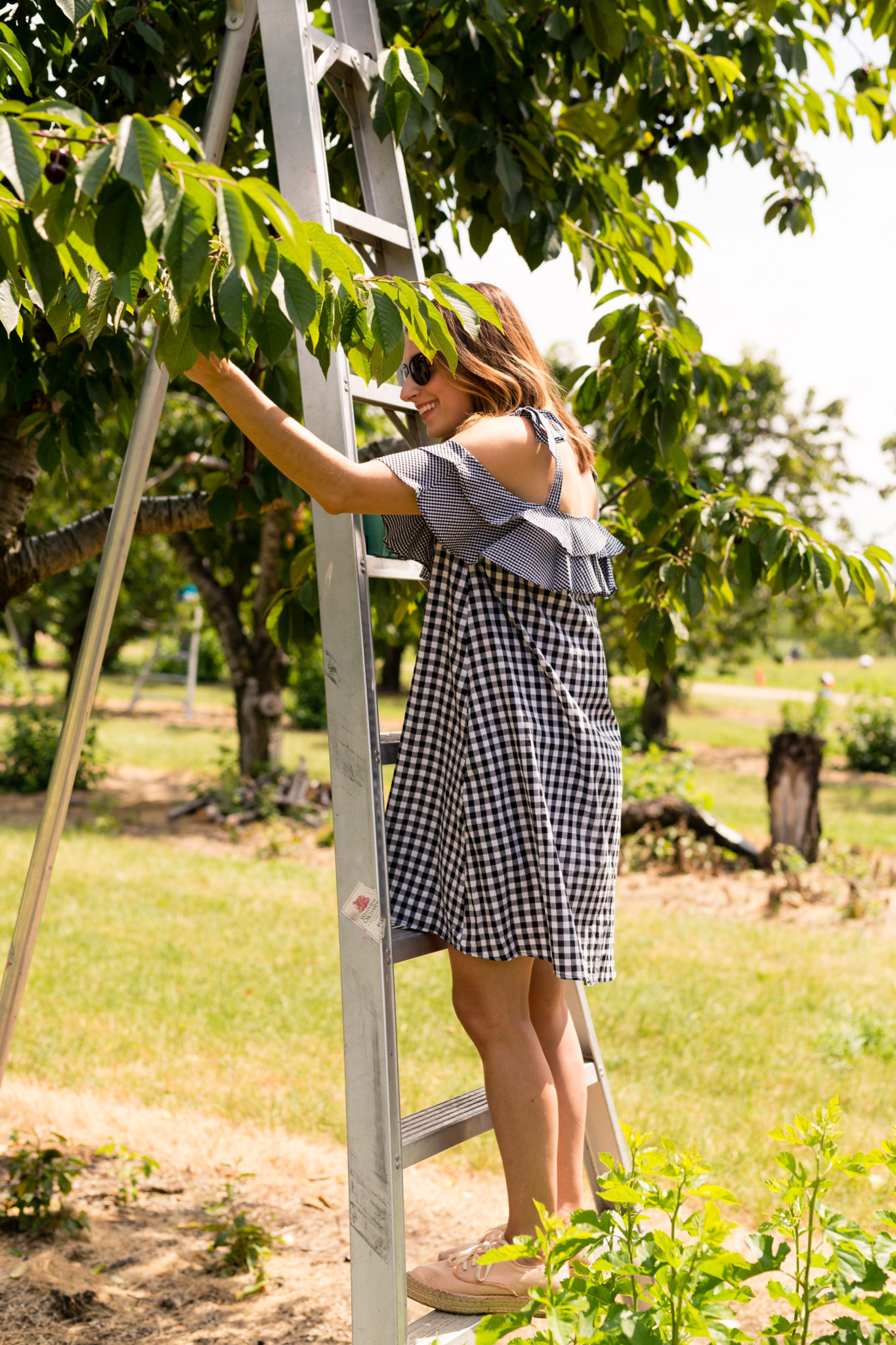 You guys I thought I was so high up and when I first saw this photo and realized I was only about one or two rungs up I was like, oh Liz come on. 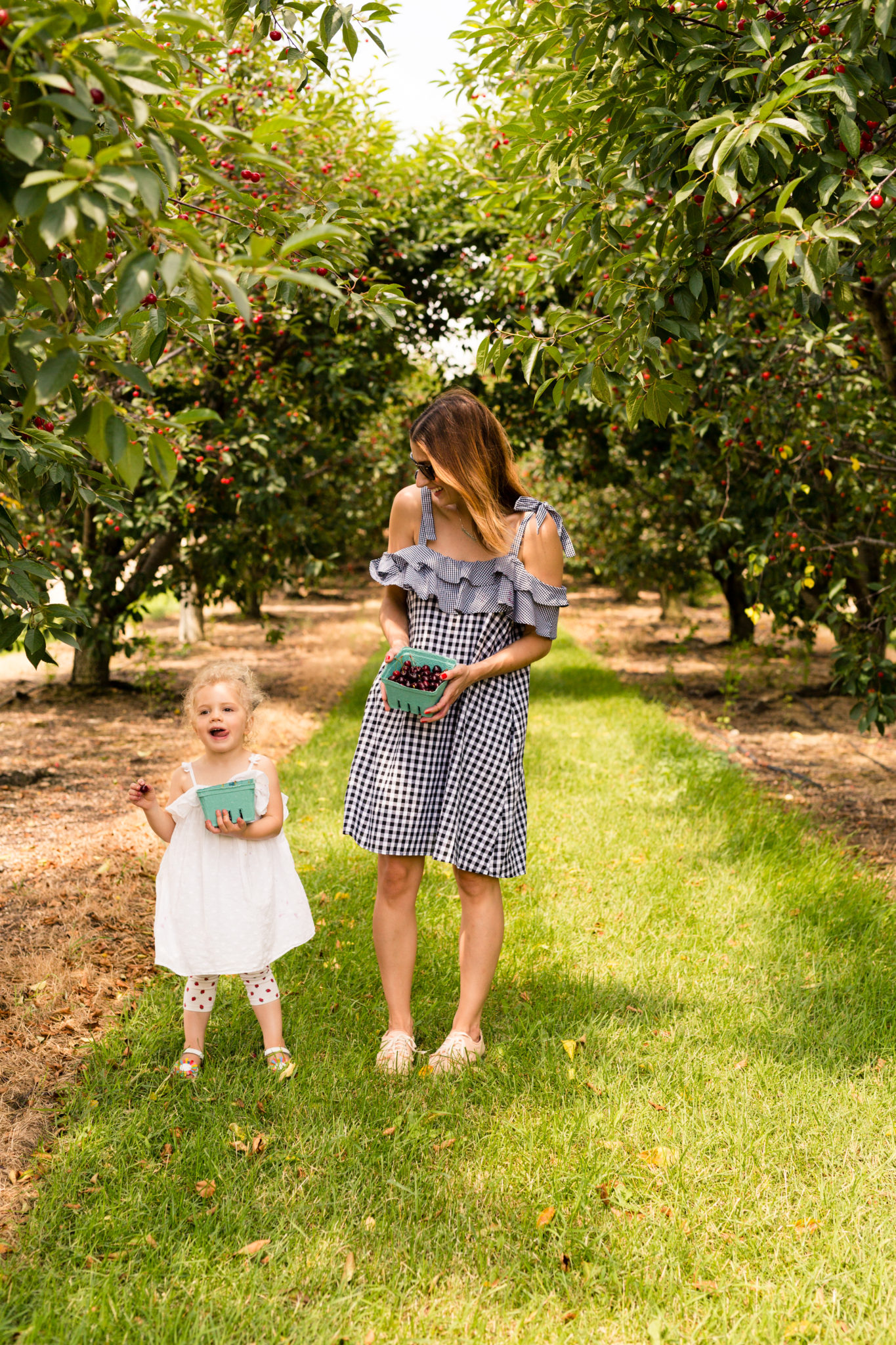 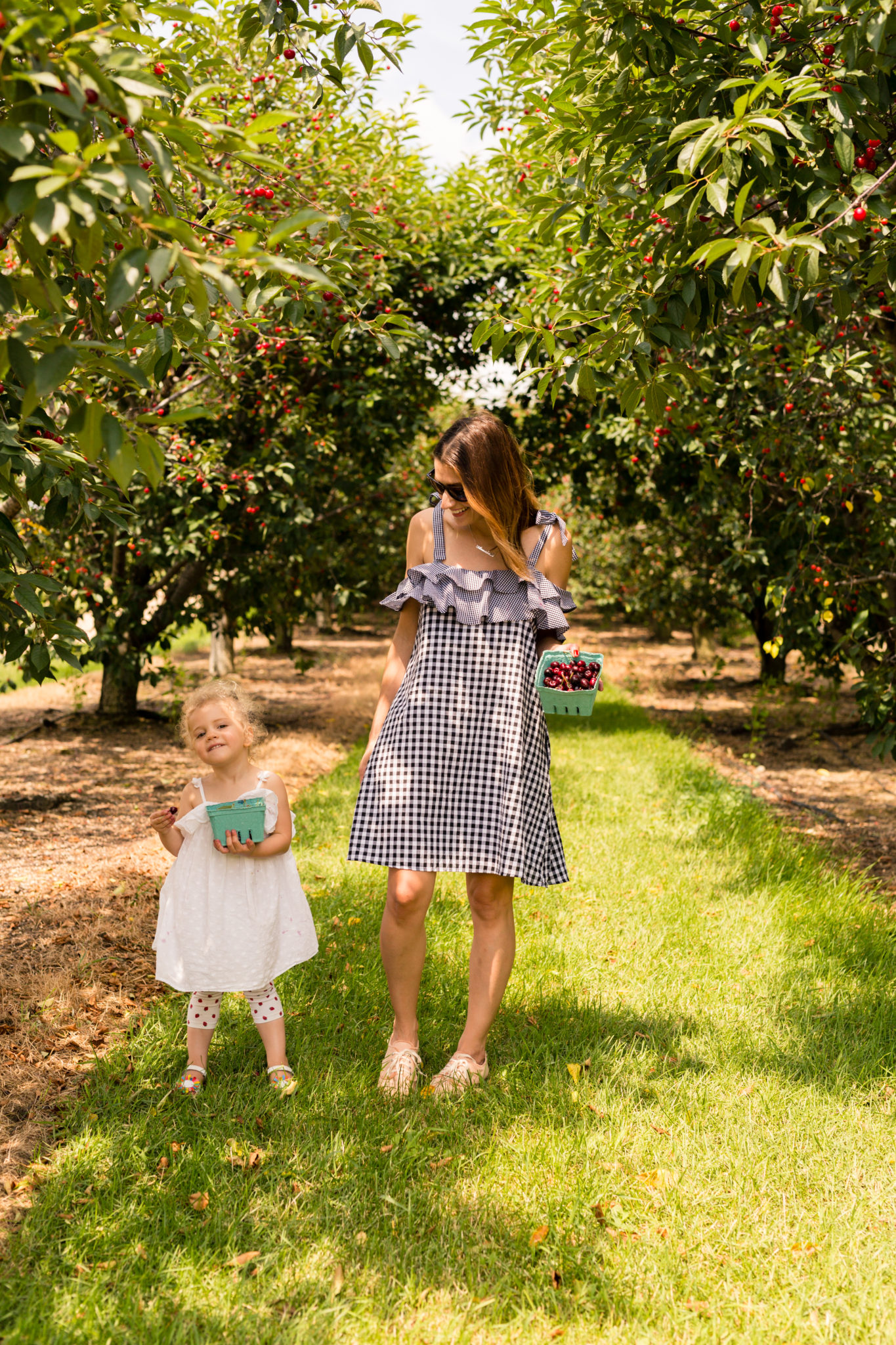 After we filled our crates we headed to the playground area. Annabelle loves any opportunity to be a train conductor. 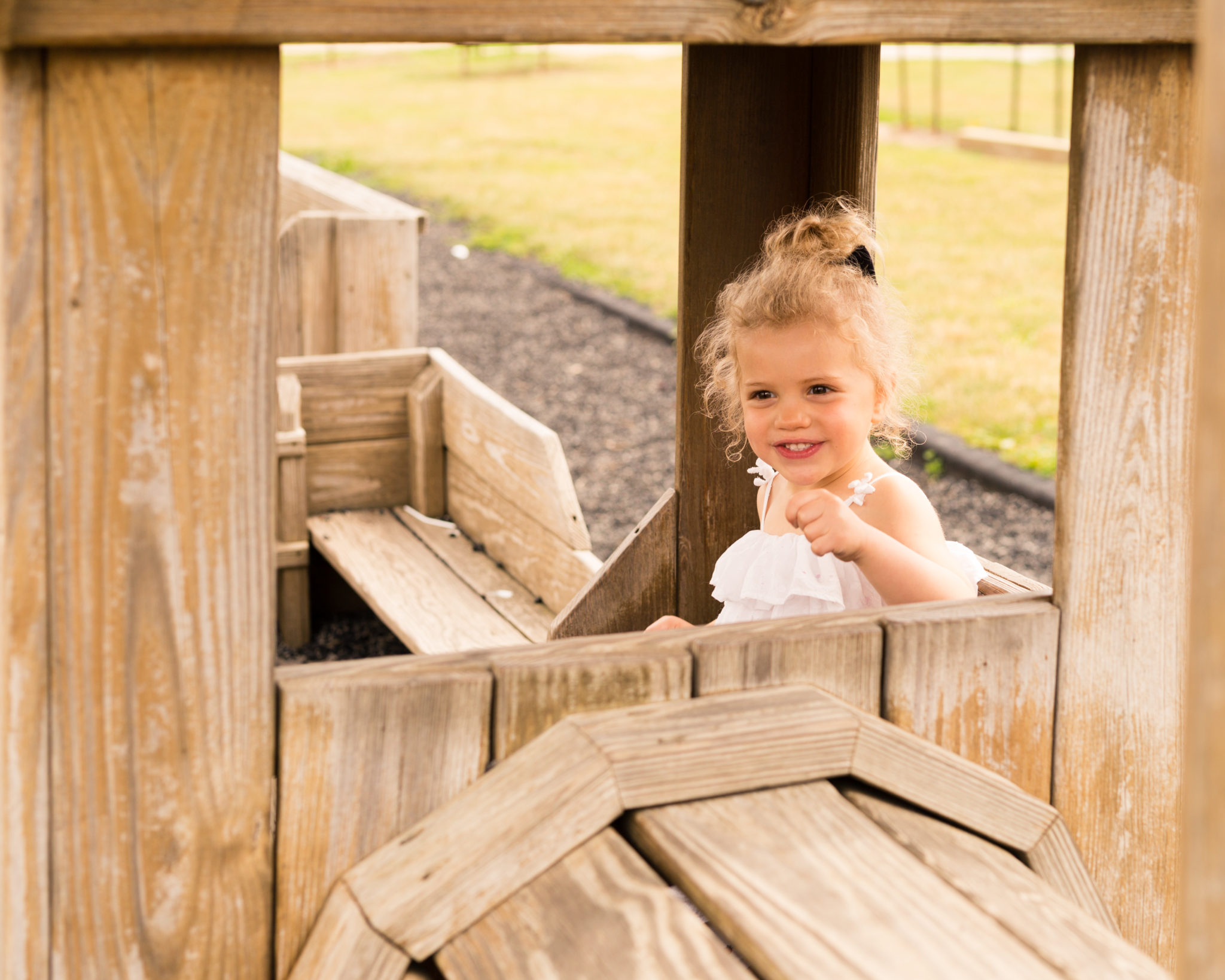 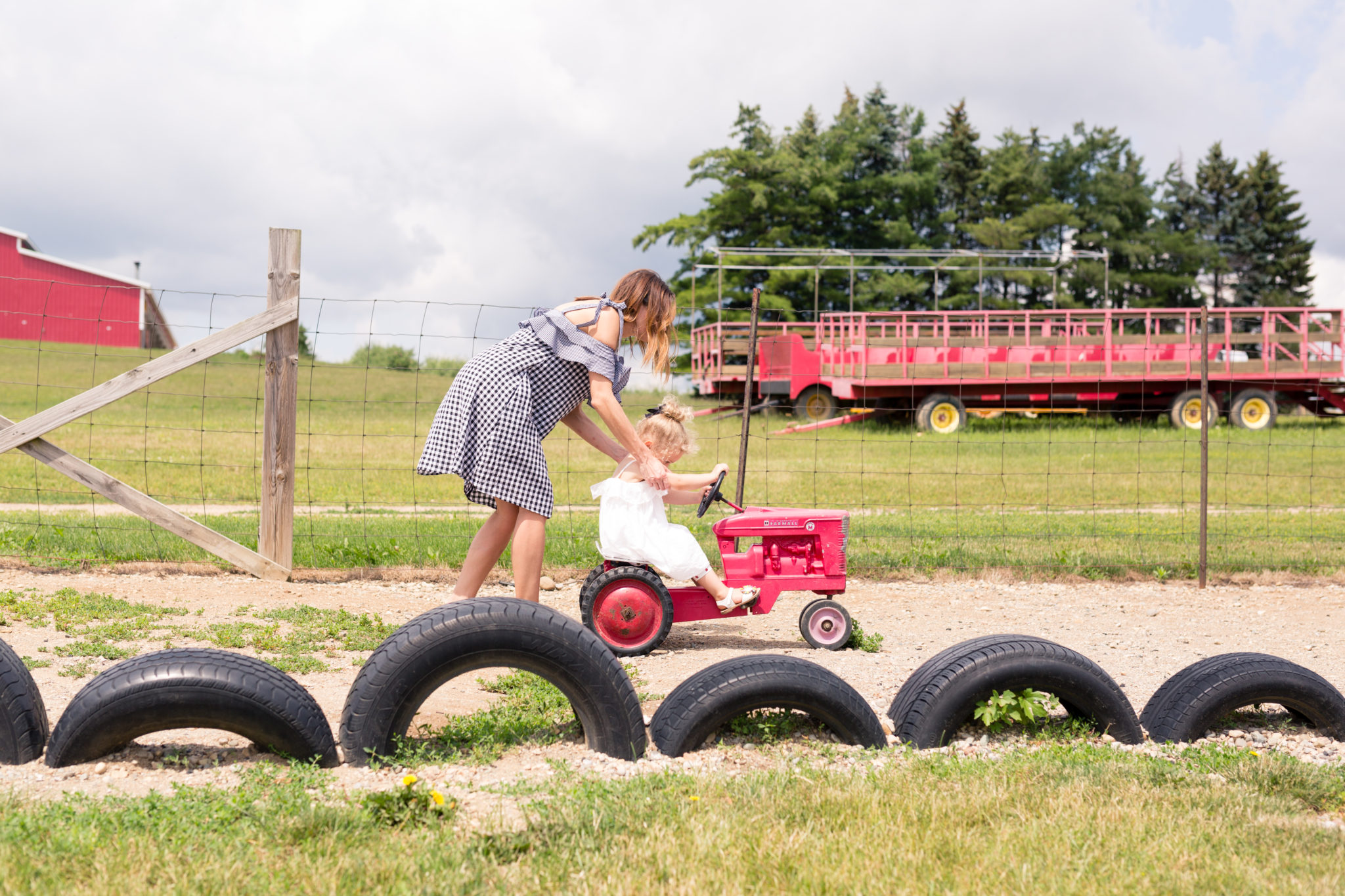 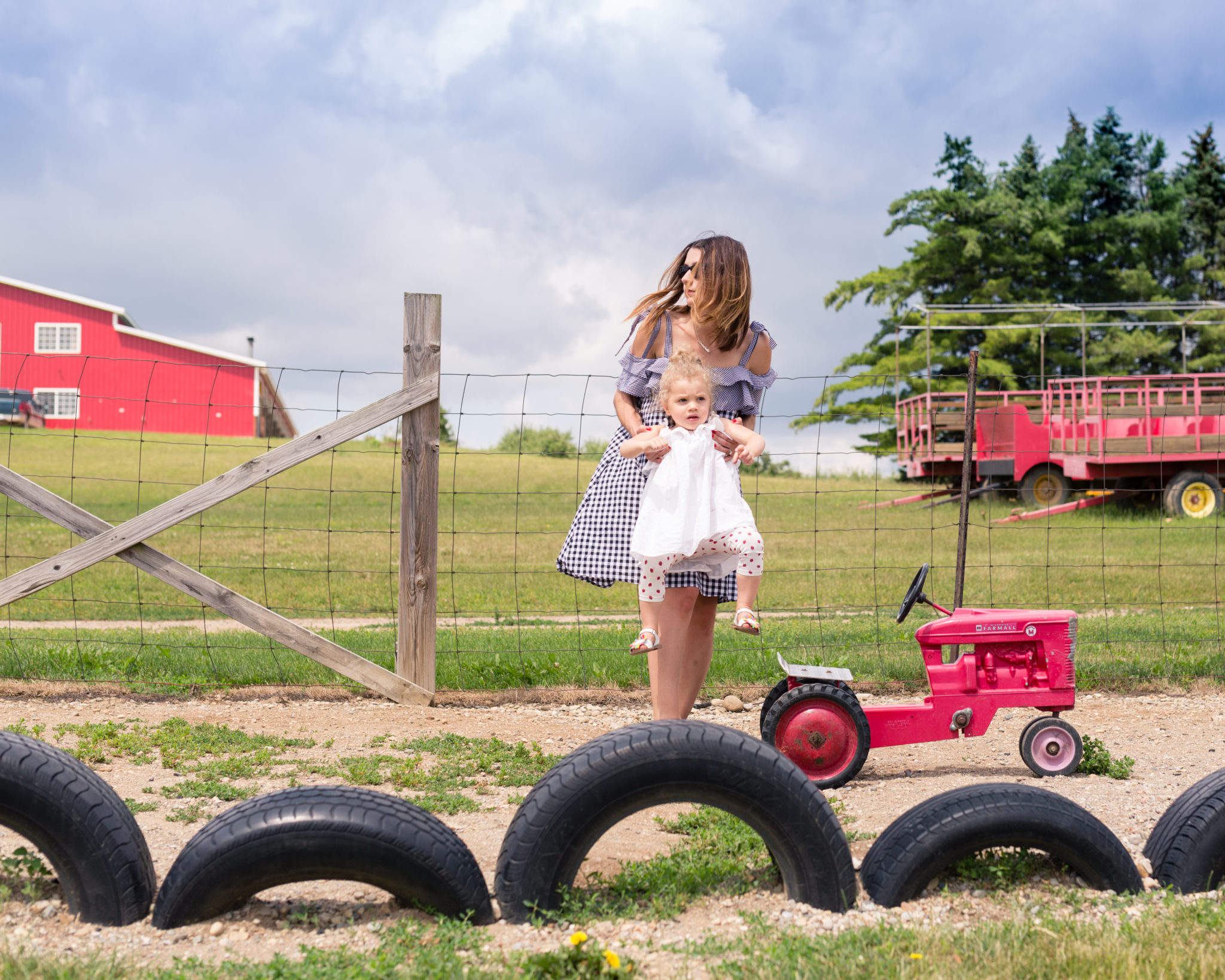 With the ominous sky in the background Ken thinks that this looks like a scene out of the Wizard of Oz. 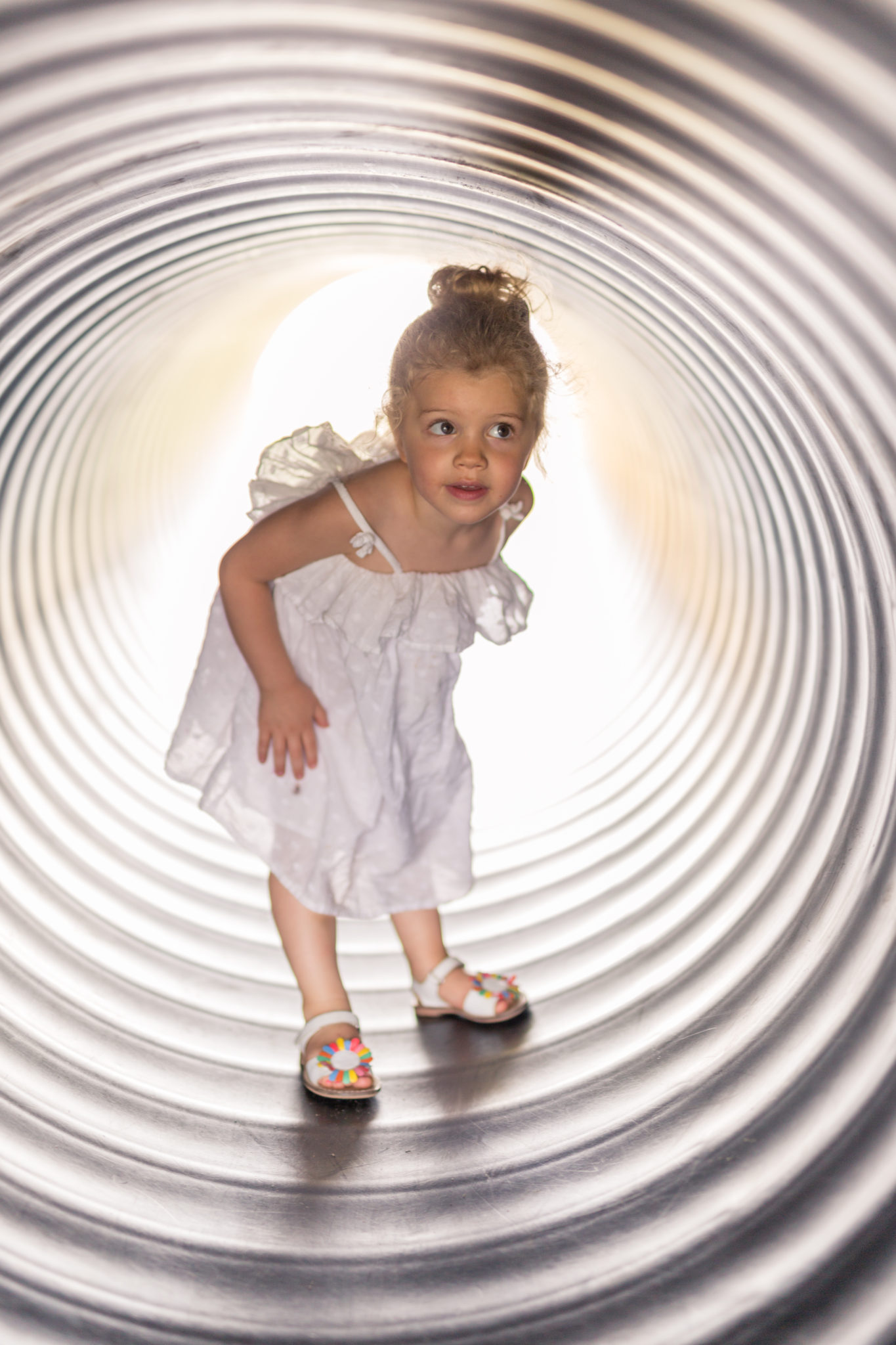 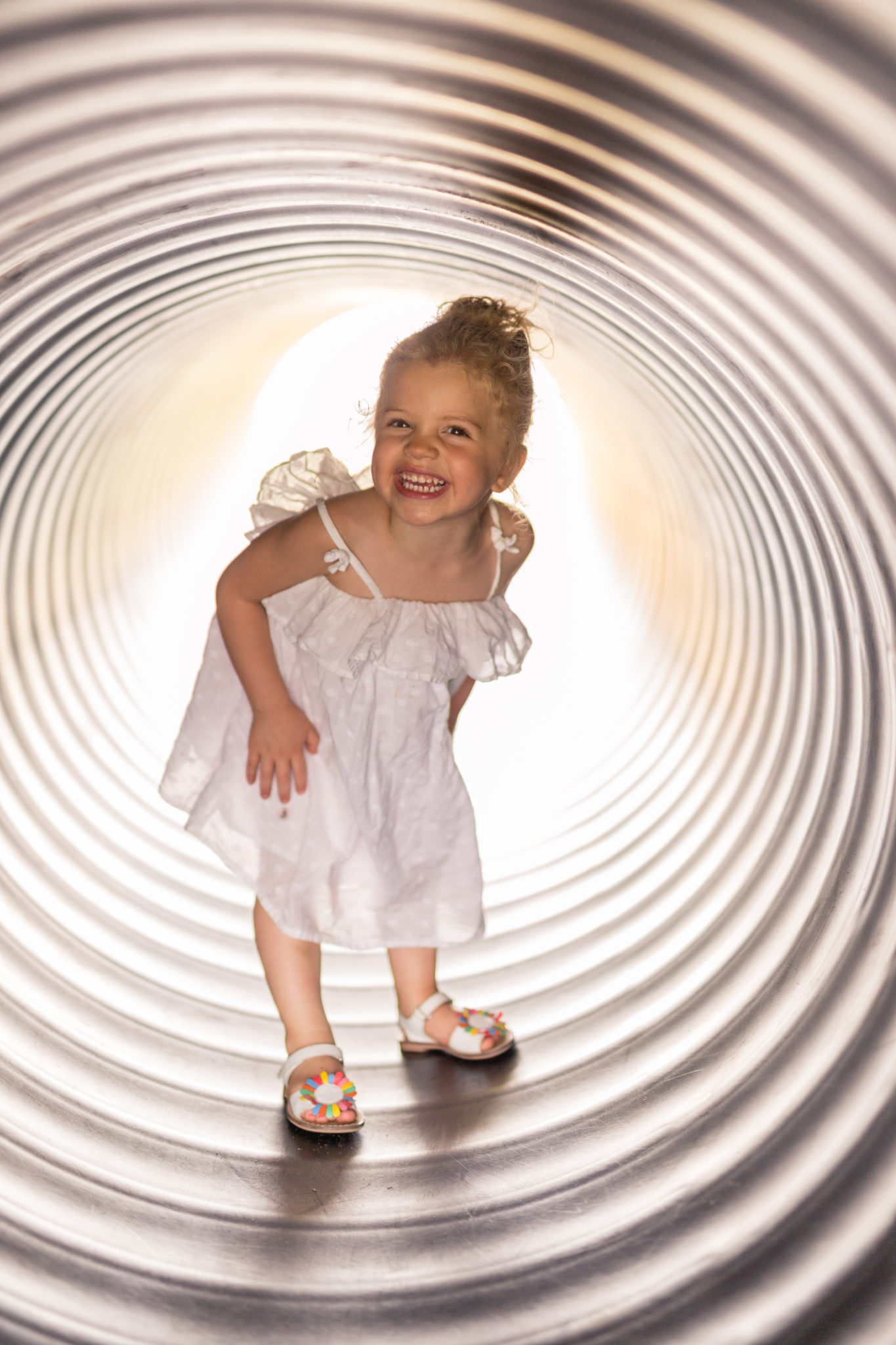 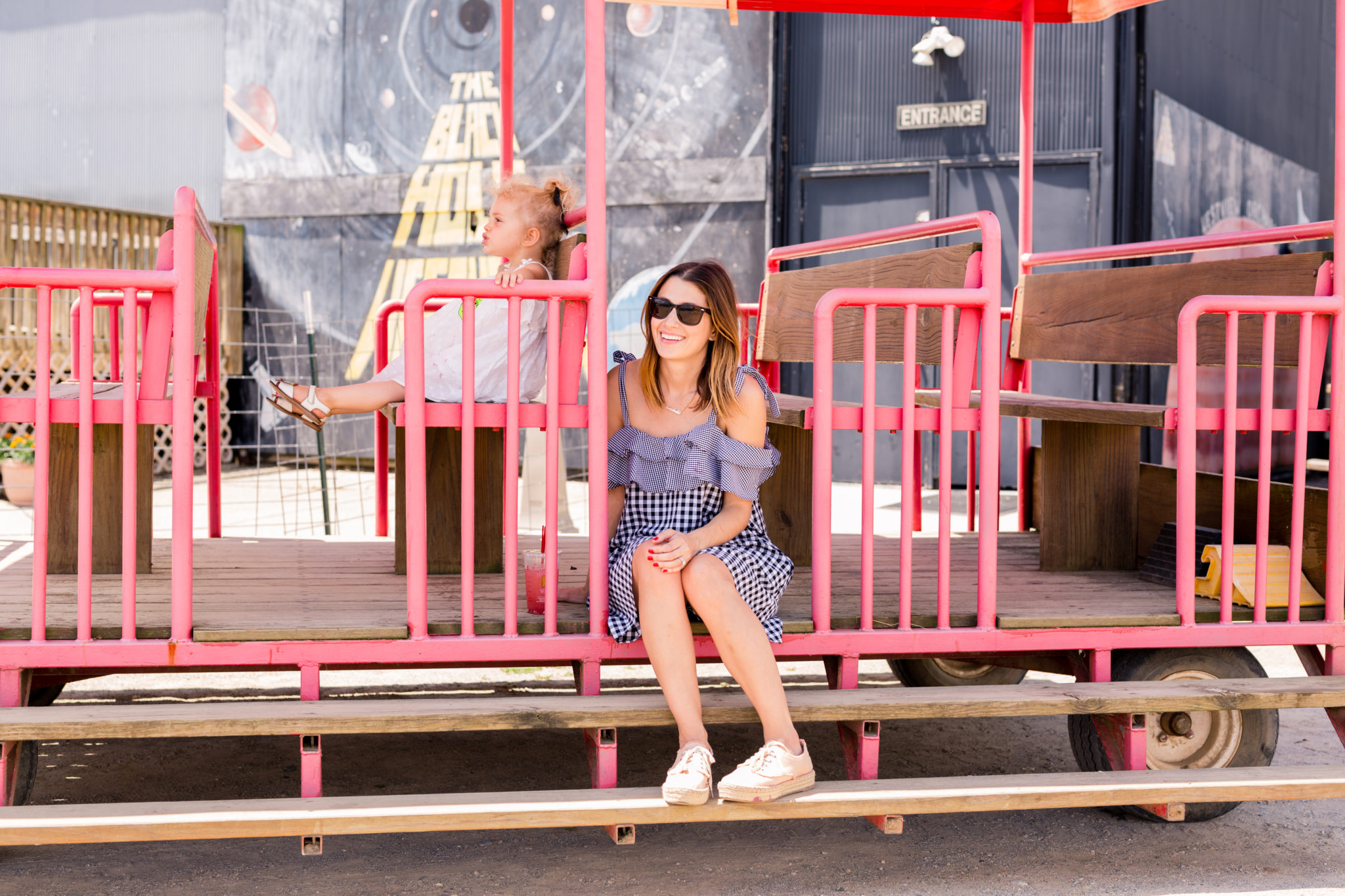 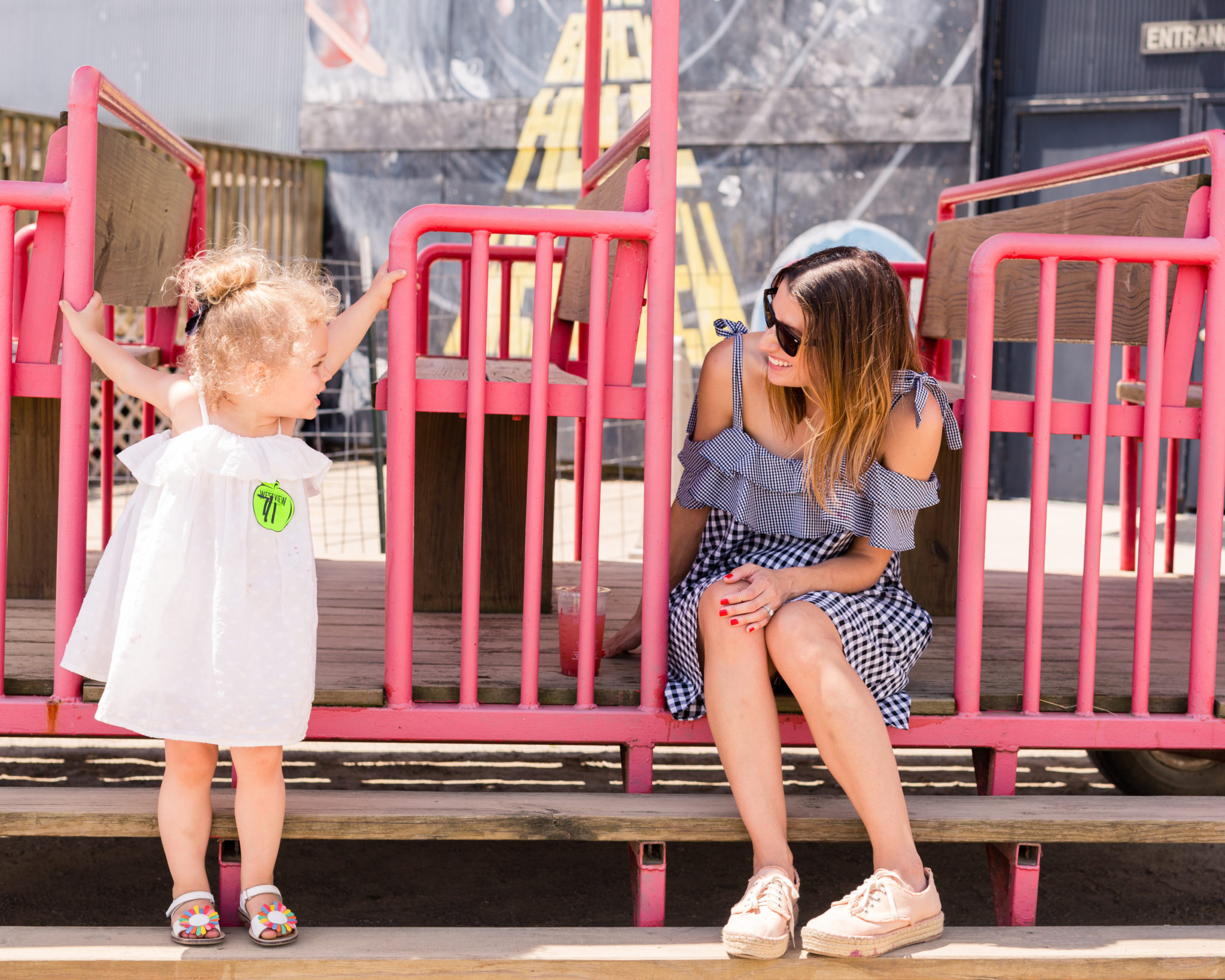 After Annabelle negotiated more time at the playground I made it a point to request a stop into the cute pie shop. 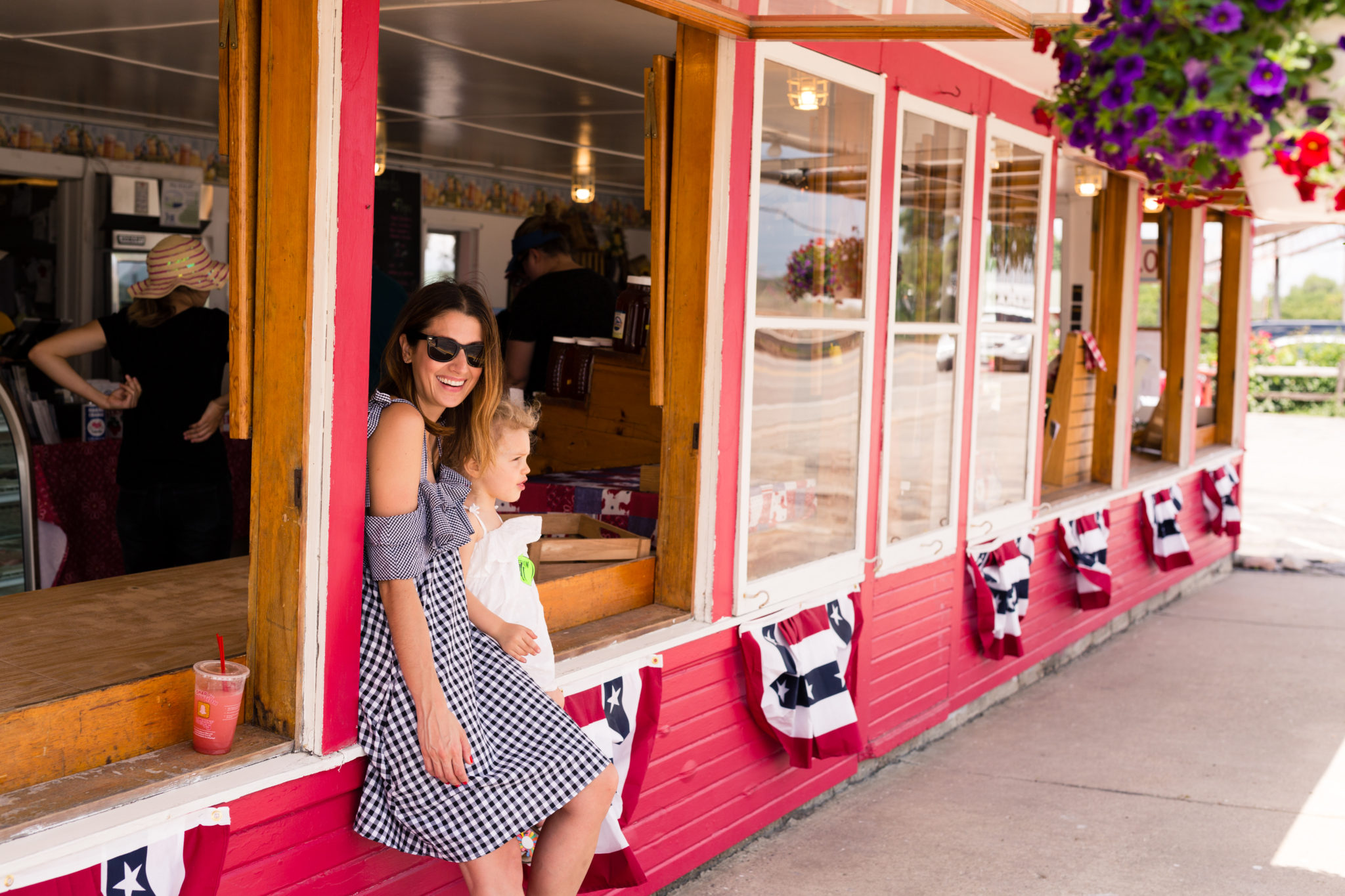 We picked up some raspberries, more cherries, and a few pies for mom and dad. 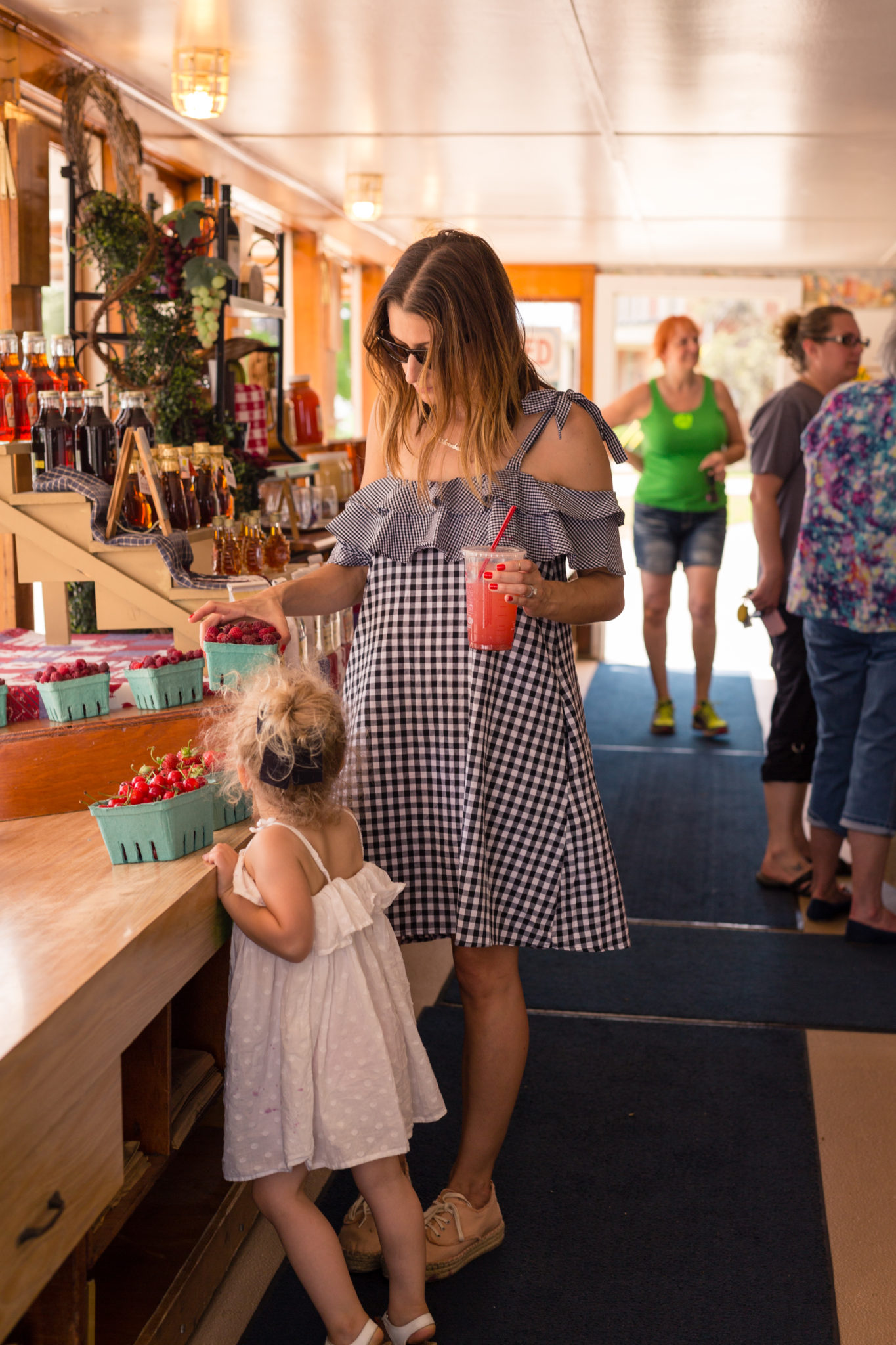 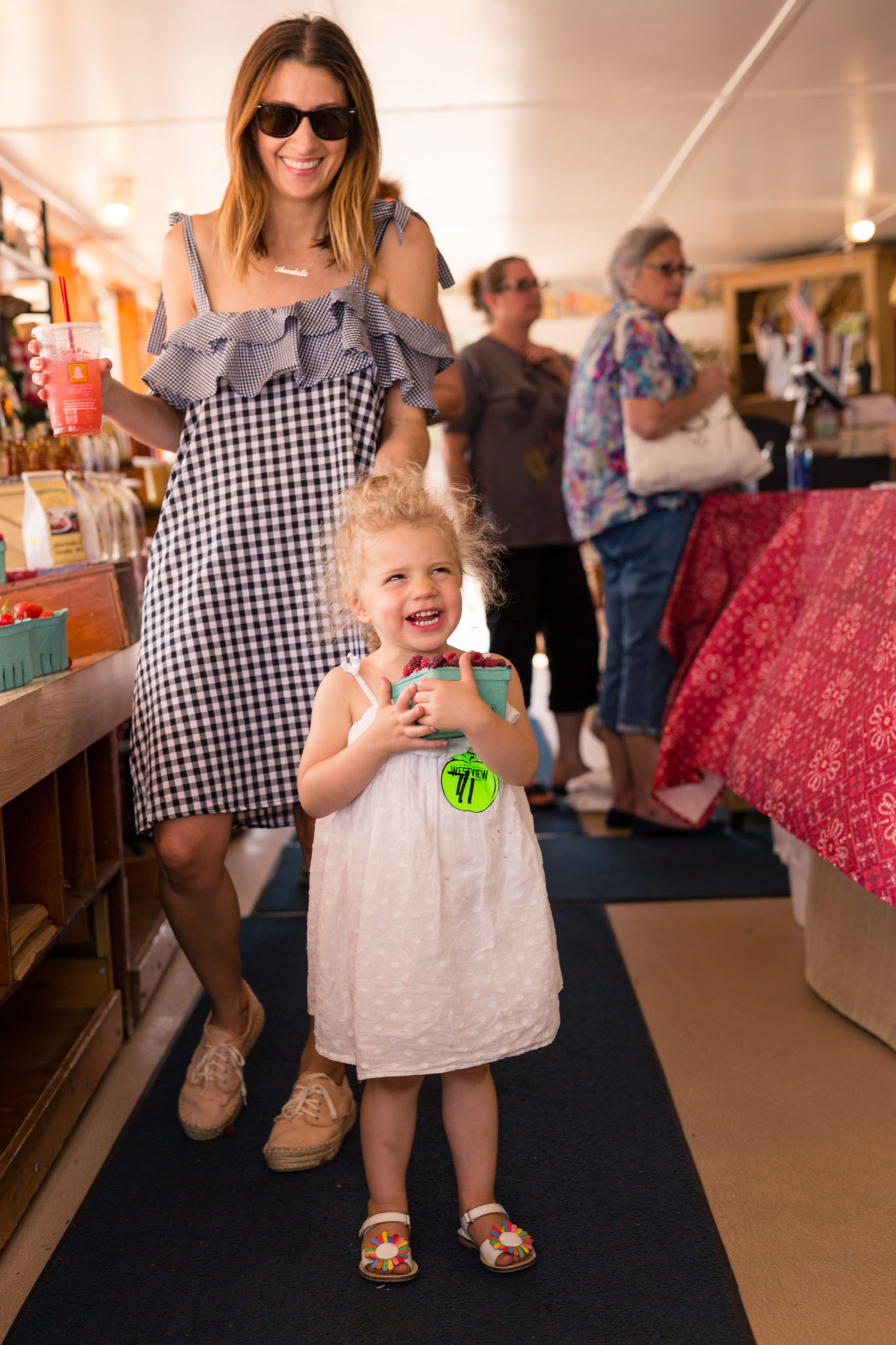 Annabelle found a bag somewhere and was a real hit with the other store patrons. She’s starting to really get the concept of humor and she’s so funny, just like her daddy! 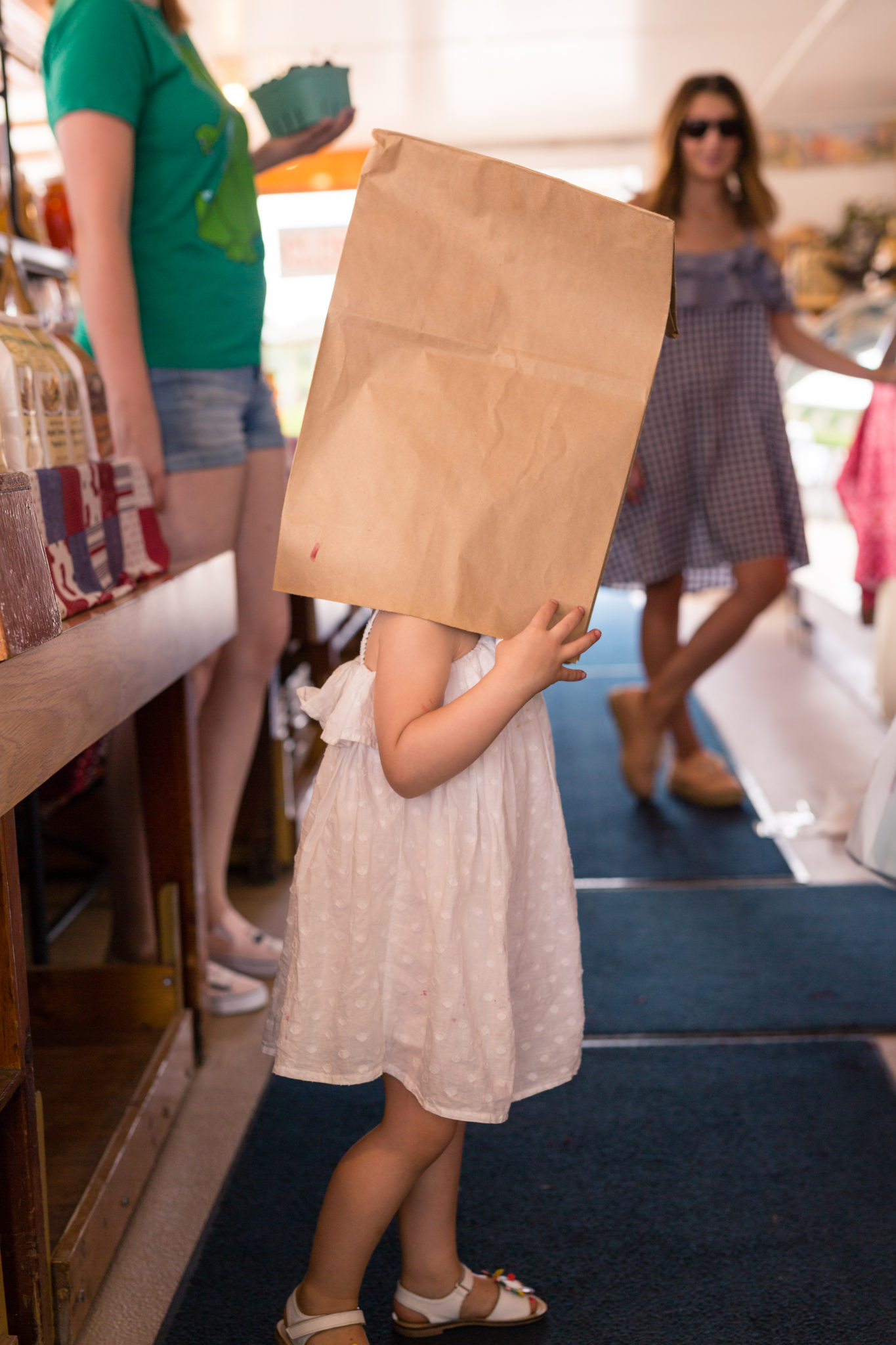 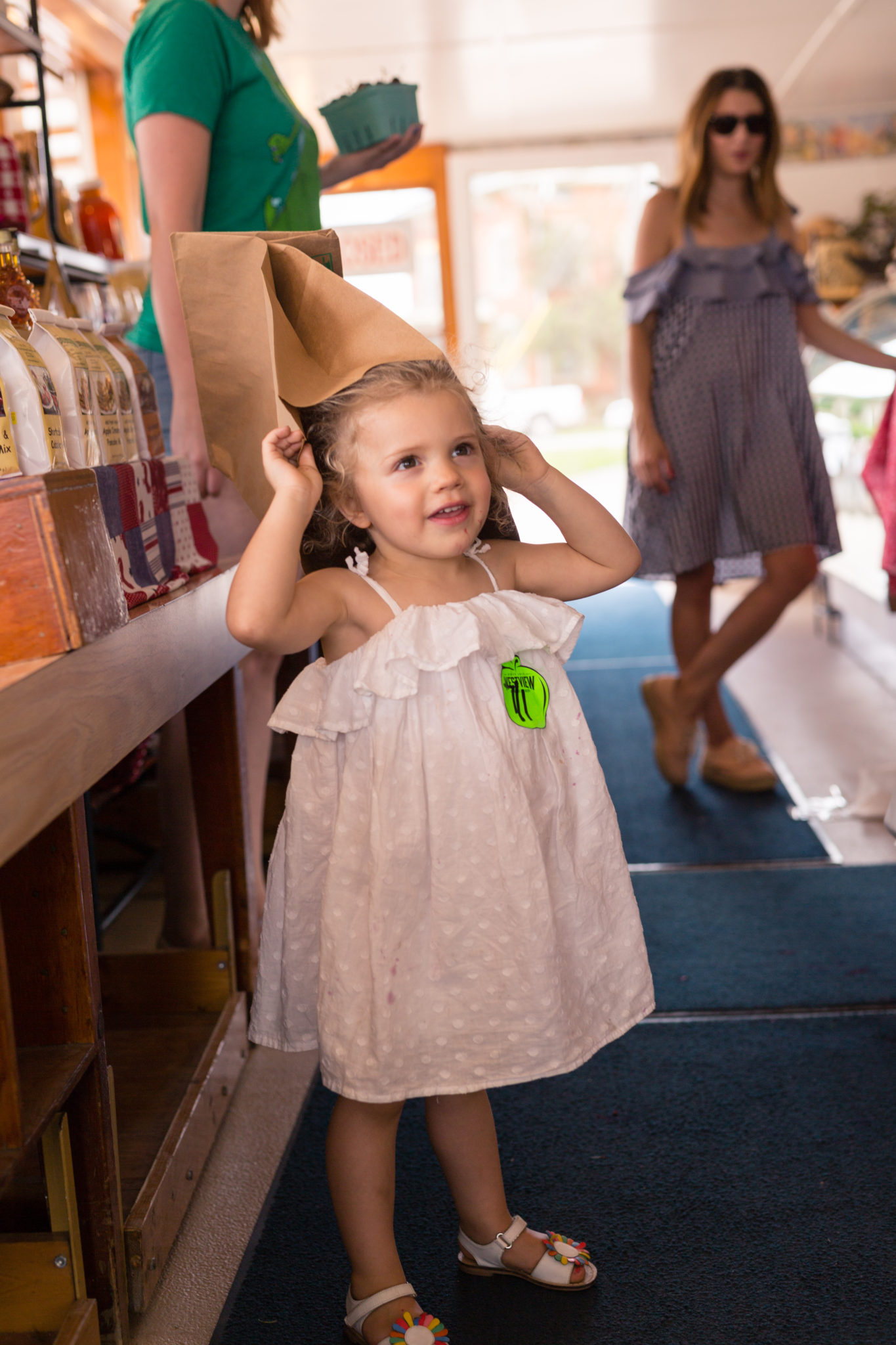 What are some of your favorite activities to do where you live? I’d love to hear!

I'm Liz. This is where I share attainable fashion, simple beauty, fun things to do with your family, and anything that makes a moms life easier. I'm so glad you're here! 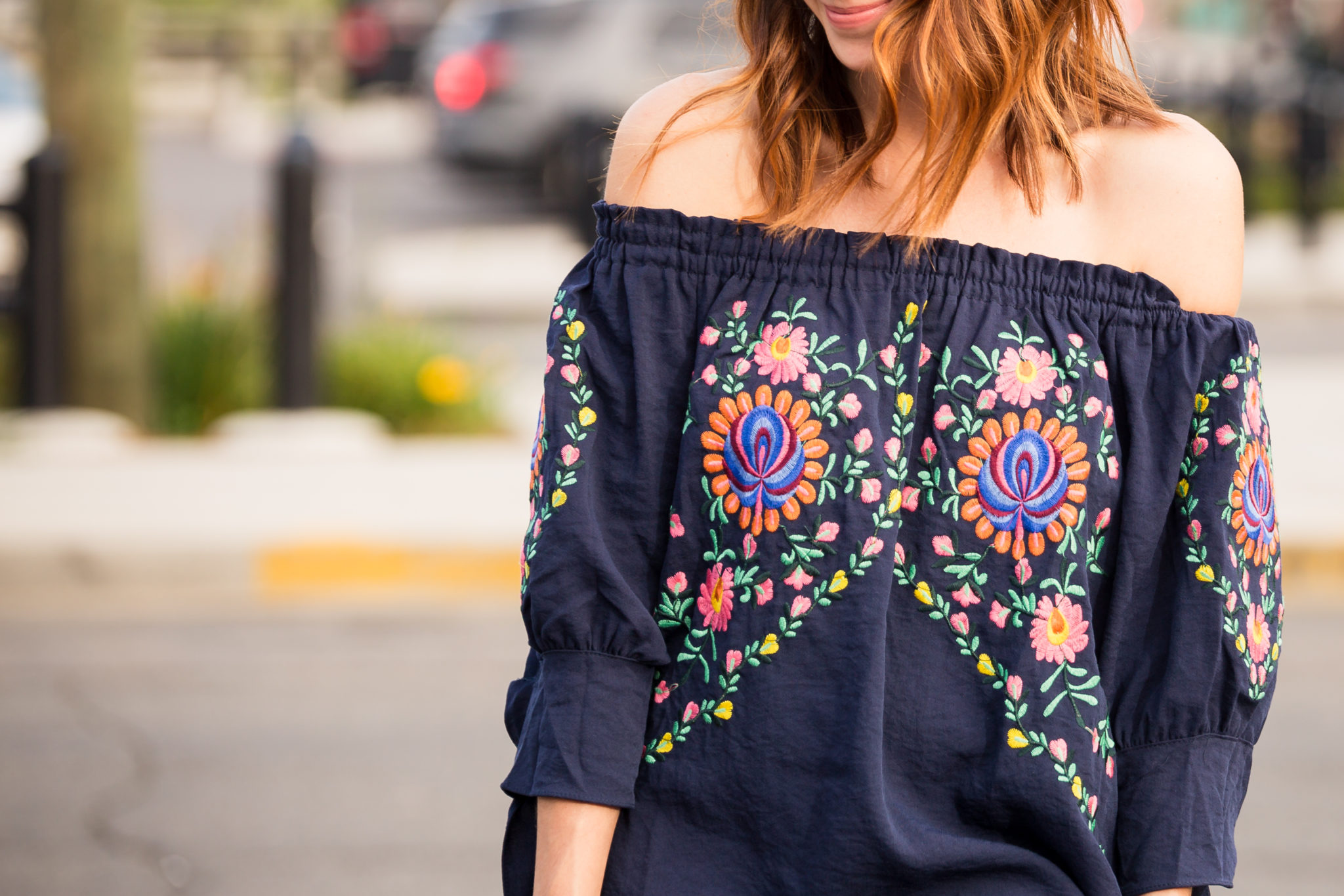 i’ve been thinking about trying a capsule wardrobe 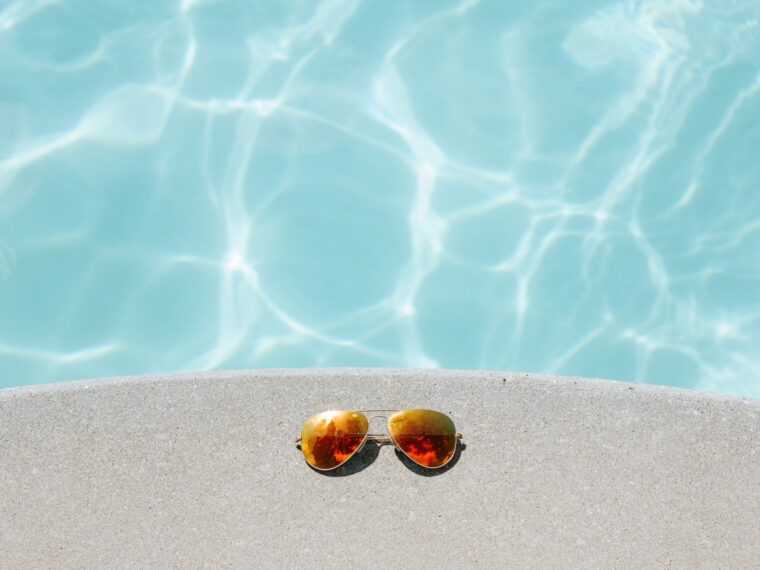 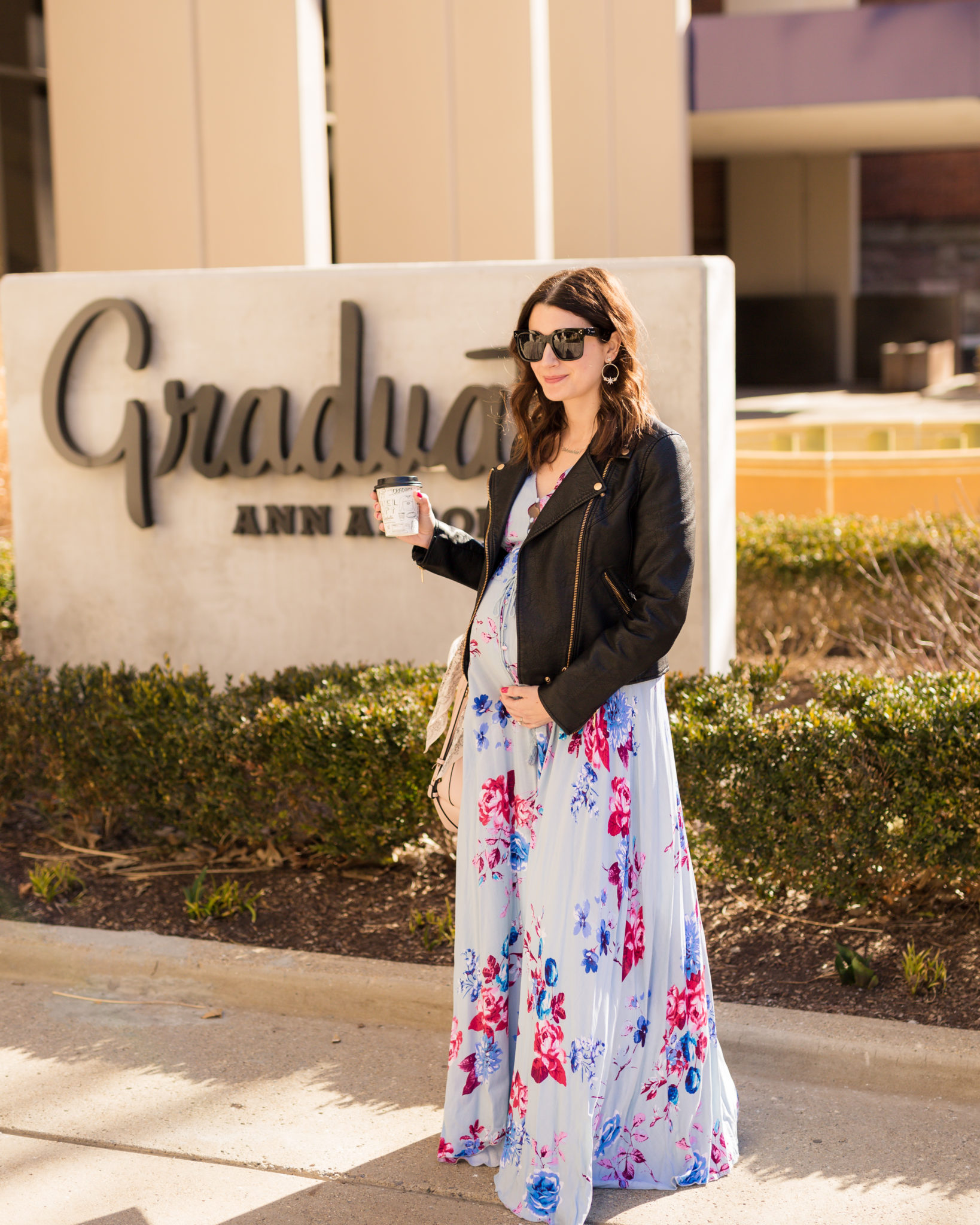