the funny thing about this room is that it wasn’t even on our original list of rooms that required immediate renovation when we moved in. about a week into the demo ken decided it would be more efficient to rip it out right then since we had the dumpster, the man power, and the motivation. all of those things are since gone but in their place there is a really beautiful powder room that we renovated for under $1,000!

as always, here’s where we started. 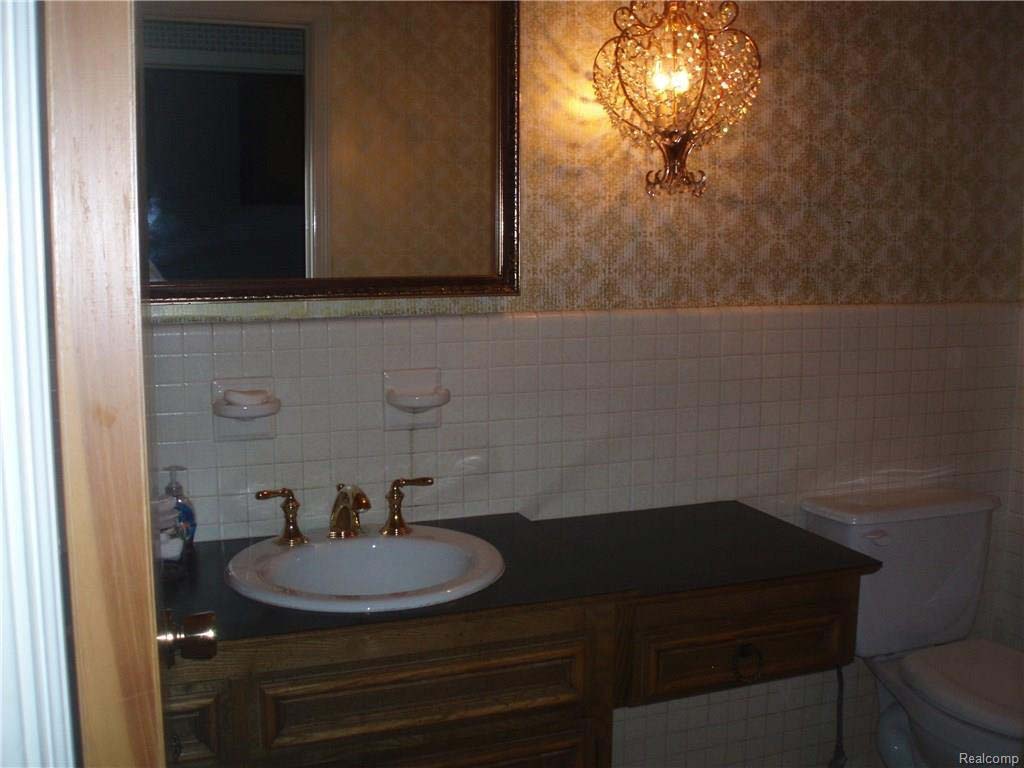 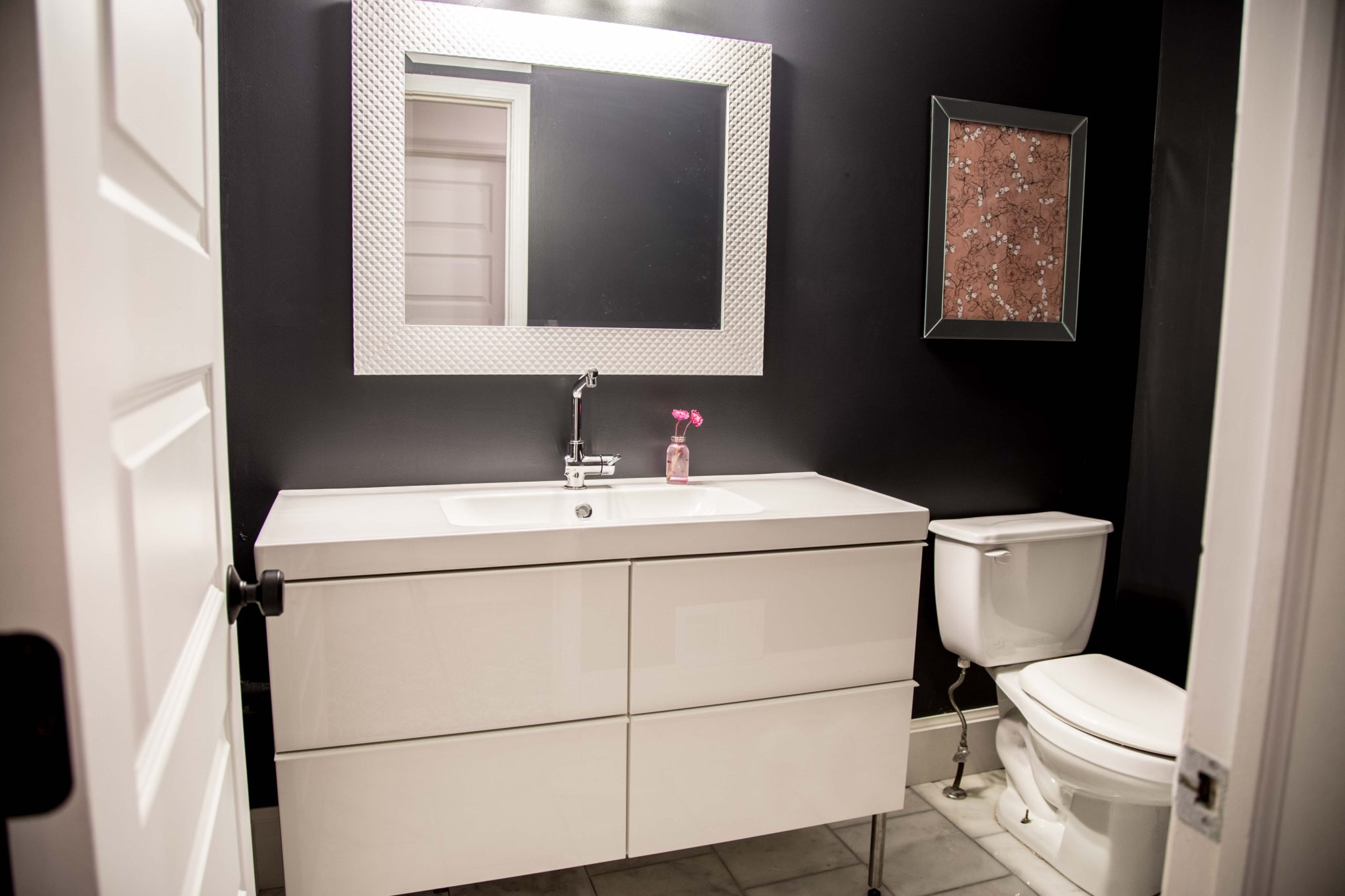 the powder room was perhaps one of the more awful rooms we inherited in our new house. it was obviously outdated but had zero charm, was larger than most powder rooms i had encountered and felt a bit like a dungeon. because i planned on painting the majority of the house white i knew i wanted to make a statement in this space. i envisioned wallpaper but after removing wallpaper from approximately 90% of the house ken was quick to veto that idea. so we settled on a dark grayish blue.

the paint color was an easy decision compared to the vanity. because renovating this room wasn’t in our original plans we basically had a $0 budget to work with. i scoured the internet for inexpensive vanities that i could live with for at least a few years. when that turned up zero results i searched craigslist. we had a brief idea to convert a dresser to a vanity but after adding in the cost of the sink, plumbing supplies, and labor it just wasn’t going to make sense. and then ken had the brilliant idea to go to ikea. i was shocked because ken is not exactly a fan of the swedish flagship but i excitedly obliged. turns out it was a great idea and i couldn’t be happier with how the vanity turned out. it has more storage than we need but let’s just say we’ll never run out of toilet paper in that room {thanks costco}. 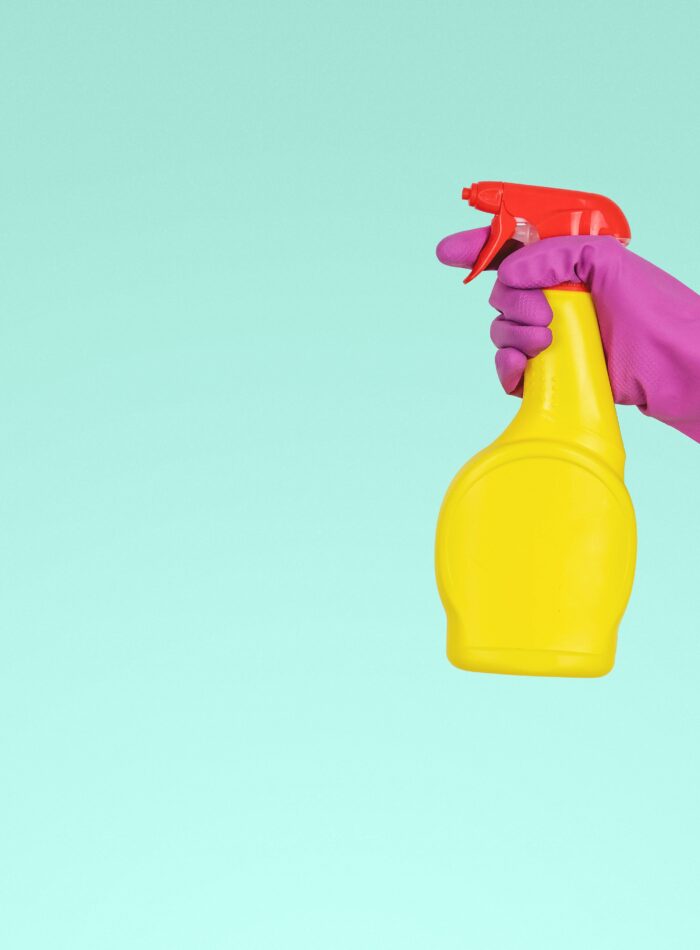 How I Keep Our House Clean 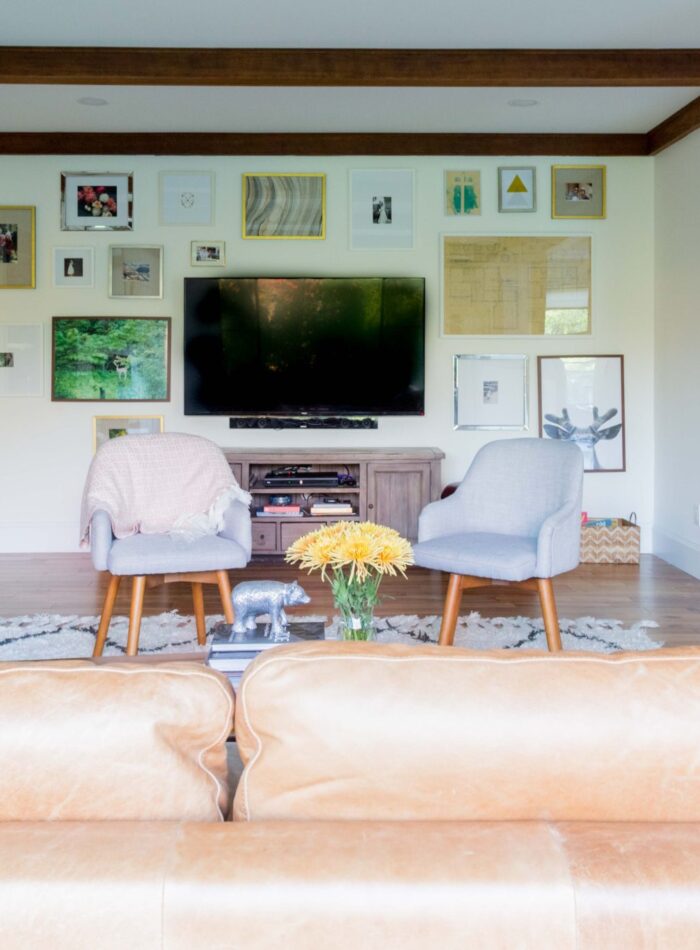 Are Gallery Walls Out of Style? 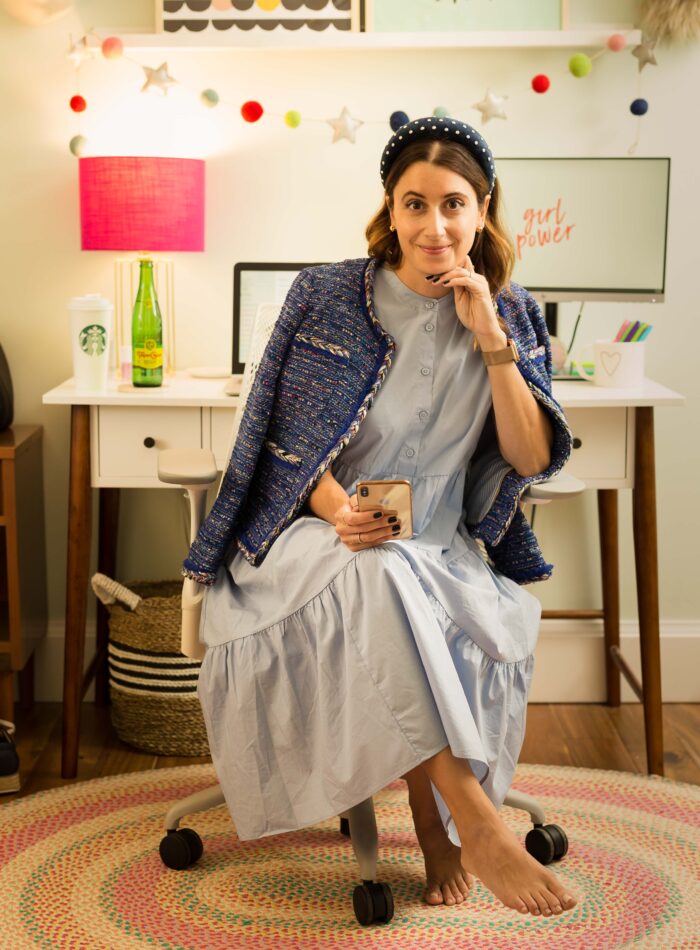